Sunday Stroke Survival: Getting Ready to Go Under the Knife 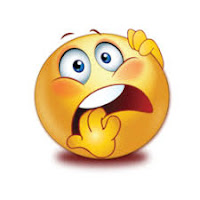 No, Not really. No scalpels involved this time. It's more like an epidural you get during childbirth. The only problem with this is that all five of my children were born via natural childbirth and no drugs. I have no idea what an epidural feels like although I've assisted in a few.

On the other hand, I've had slews of steroid injections and four back surgeries. It can't any worse than those. But still, I can't help being a little nervous even after discussions at length with the neurosurgeon last week. Even though this procedure has been done since the 1960s and my surgeon has done thousands of them, there's always the oops factor.

The fact that this trial is done with a local anesthetic is comforting to me. I'll be awake to hear what's going on. For some people, they take the attitude of wake me when it's over. That's not me. I've wanted to be awake for all my surgeries even though the surgeons wouldn't let me. Darn! I've just have this thirst and curiosity for medical knowledge. I have this uncanny ability to recall what was said and sounds while under anesthesia usually within two weeks post op. I've shocked more surgeons at my post op visits by telling them their music choice and snippets of conversions during my surgery. This time I'll be awake for the full hour. I'll even be talking to him and the tech. I like that. 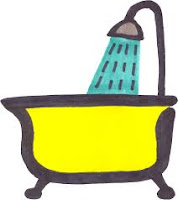 From what I've read, the worst part of the whole trial is the tape (and removal) and not being able to shower. Honestly, I can handle the no shower. I regularly do birdie baths, pit stops, or sponge baths during the week and fully shower for my Saturday night (afternoon) bath. It just takes too much energy and time to shower more often unless I get truly filthy. With the advent of spring, that time is upon us again on the homestead.

I expect to be a little sore the morning after. I usually am after the shots in my back but nothing I can't live with. It's minor if it relieves the constant pain and spasticity I'm dealing with now. I'll spend the week playing with the programs for pain relief and stimulation settings. Then about a week later, I'll give my results to the doctor. Whether a permanent, implantable device decision is up in the air until then.

I'm ready to take my life back!