The Best Christmas Present Ever!

I got the best Christmas present ever! I had been playing phone tag with my DAS (Disability Adjudication Services) worker (for Social Security Disability) since Friday morning. For some unknown reason, my cell phone went straight to voice mail rather than ring through. We called each other several times each time getting each other's voice mail. Finally at four o'clock, I left the final message on her voice mail, "Tag you're it. We'll try to play again on Monday."

Contrary to my own motto of "Why borrow trouble by worrying," I spent the weekend in turmoil. I worried that the evaluation didn't turn out well and my days of independent living was over. I mean what else could it be? The psychologist said it would be a month before they got the test results. I did feel that I had done poorly on the testing after it was over. That was a alien feeling for me, who has aced almost every test since high school. 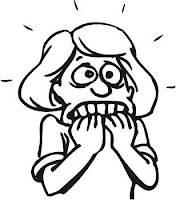 I chewed my nails off on my functioning hand AND my nonfunctioning hand after prying the fingers loose from a fist. That's pretty bad because I haven't chewed my fingernails in years! I tried to keep knitting or spinning wool going, but I could only sit for so long before I was doing something else to take my mind off of the worry. I know I sounded like a whiny child to God in my prayers. Needless to say, it was a l o n g weekend.

Monday finally rolled around and I popped awake at 5 AM. Too early to call her back or her to call me. I stalked the clock with glances every five minutes...sometimes more often. I fidgeted until my rump was sore. I got up to play with the cats, and then the rabbits. At 730 AM I pushed the auto dialer on my cell phone and got her voice mail. GRRRR! Then playing devil's advocate, I decided to wait thirty minutes to try again.Wherever I went my cell phone was in the pocket of my flannel shirt. I didn't want to spend another day playing phone tag with her.

I was sitting at my desk when the phone rang. I pounced on it. It was only the drug store telling me my prescriptions were ready. GRRRR! Double GRRRR!

At long last about 10AM, she called. I sat and answered her questions. She told me she had received the evaluation report from the psychologist. I asked her outright if the results showed that I was competent. When she started off with saying that I had some definite issues, I wanted to reach through the phone and choke her. I wanted to scream at her to tell me a simple yes or no, but I bit my tongue and answered, "Uh huh." She continue on with the report.

Finally after she finished, I asked her point blank because I still didn't know the answer. "Am I mentally competent to live independently?"
She responded, "According to this report, you are highly intelligent, independent and capable. Yes."

She also told me she'd have her findings sent to Social Security by the end of the week. The cardiology report was enough to disable me. The stroke and fibromyalgia were additional disabling events according to them. Social Security would put the whole thing through their meat grinder process and I should have their results right after the first of the year. Here, I'm crossing my fingers for a positive result.

Before I ended the call I told her she had given me the best Christmas present ever and I thanked her profusely.

But it all of this leaves me wondering...why couldn't this have been done over two years ago with my own disability claim instead of waiting until after my beloved's death? My disabilities are my disabilities. Granted my grieving heart is a little worse for wear after a year, but my stroke results and my fibromyalgia haven't changed. But once again, I'm not borrowing trouble. Right now I'm celebrating.

Wohoo! I'm mentally competent and I can live on my own!

I haven't talked much about my grieving widow side. That's about to change. Some days I think I'm fine and handling my grief okay, and then something happens that makes me fall apart like my beloved's death was yesterday. Yes the first year is toughest and a huge transition! It's hard. The least little thing will upset my calm. It's always unexpected.

For instance...
Hospice called and asked if I could come and hangs my husband's angel on their remembrance Christmas tree. At first I said yes. Then as I was showering, I realized that I hadn't even been to his graveside since the funeral. I started crying and couldn't do it. It sounds like such a little thing to do, but for me it was impossible right now.

I was driving to physical therapy and a Christmas song came on the Christian radio station I listen to while driving. "A Different Kind of Christmas" by Mark Schultz.

It was the first time I've heard it. The tears started rolling down my cheeks so bad that I had to pull over.

The fact that it's the Christmas season doesn't help. It will be totally different than any I've had in all my years. I will be totally alone. All my children (sisters, brothers & my father too) will be in their own homes with their own families and in laws. My father will be in North Carolina with my stepmother's children. So instead of there being 50-75 head of people, there will be just me. Now I've had my share of invitations to join this or that family or friend, but I've declined. I just don't feel joyous.

Another part of me, I finished a mental competency test where I was drawing blanks for about half the tasks or couldn't verbalize the snswer. It didn't exactly bolster my feeling of well being. It will be a month before I know the results. Having a spouse die isn't enough to have to go through. I have the possibility of my independence taken away hanging over my head too. While I'm muddling through, I am not good company. Waiting has never been a strong virtue of mine.

Lastly, I received a package in the mail yesterday. It wasn't something I ordered. Inside I found two notes. The first one was an apology from the company for the long back order status. The second was a hand written note from my beloved to accompany the gift. I don't know if he meant it as an anniversary or Christmas present, but it was totally unexpected!

Some days I think I'm fine, but other days I'm a total mess! So now you know. May each of you have a blessed Christmas with you and yours. 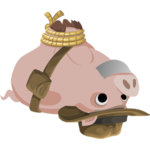 I'm going to be hog tied for the next couple of weeks with no time to write or edit.
Going into the holidays my schedule explodes with doctor appointments.
Dec 10th - Botox
Dec 12th- Psych eval for Social Security Disability
Dec 14th- Orthopedic for my torn rotator cuff
Dec 21st- Cardiology
That's on top of my twice a week therapy sessions.

I've been busy knitting mini Christmas stockings for all my relatives. I'll be stuffing them with Sea salted caramels, chocolate dipped Pretzels, two types of fudge, and other goodies from my kitchen. So far I've gotten 50 stocking made. Only 15 left to make.

I still haven't learned to be in two places at once or growing more hands.
Posted by J.L. Murphey at 7:01 PM 6 comments: