My Books and Where to Get Them

"Escape from Second Eden"
Genre- Fiction/Suspense/Espionage
ISBN-13: 978-1461058946
ISBN-10: 1461058945
Synopsis
Eiko Mueller’s life spirals out of control with her husband’s embassy assignment in Ceylon. In 1969 on this tropical island, the duty starts out just like any other until the Ceylon switches from democracy to socialism. She is a pawn in a nation-against-nation chess match for power and control. But unlike in real chess, this pawn has assets and survival skills beyond measure.

"The Sacrificial Lamb"
Genre- Fiction/Suspense/Southern Fiction
ISBN-13: 978-1460919910 (CreateSpace-Assigned)
ISBN-10: 1460919912
BISAC: Fiction / Suspense
Synopsis
Jacqueline Luann is an eleven-year old girl living in a small Georgia town. When she witnesses her brother's murder by her stepfather all hell breaks loose. In a town where timber is god and Olin, her stepfather, is the owner of a pulp manufacturing company, Jacqueline battles the good-ol'-boy system of corruption, payoffs, and back-alley handshake deals. With no family left to protect her, she is drawn into the adult world. Proving her stepfather's guilt becomes a “he said, she said” with him coming out on top. Who believes a child?

"Who Stole Baby Ruth"
by Grandma JAM
Genre- Children's, 4th grade chapter book
ISBN-13: 978-1463500702 (CreateSpace-Assigned)
ISBN-10: 146350070X
Synopsis
Officer Nestle Crunch thought he had his hands full with the charity concert with the hottest band, The M&M’s with their backup singers The SugarBabies, coming to town.

When Mayor mr. Goodbar’s daughter, Baby Ruth is kidnapped the town of Sweet Haven will never be the same.  Will they find her in time?

ISBN-13: 978-1463781460 (CreateSpace-Assigned)
ISBN-10: 1463781466
Genre- Suspense/Horror
Synopsis
Dr. Donna Cairn is a genetics researcher for the Center of Disease Control. When the CDC issued the Zombie Apocalypse Alert, she discounted it as a way of advertising hurricane preparedness. When a conspiracy buff working with her in the silo speaks to her about the debunked Hapgood theory of Earth Crust Displacement, she again discounts it as just that some wacko, paranoid rambling. But when radiation levels after the Japanese earthquakes starting rising, all bets were off.
Simple dog bite patients are dying from a mysterious fever. Bodies start coming up missing from the morgues across the globe. When the death count reaches over one quarter of the world’s population dying due to this new plague, the CDC sends their best virologist, Kit Seger, to help Donna in her quest of finding the virus in her converted missile silo laboratory in Nebraska.
The dead have risen and hunger for human flesh. She never believed in zombies before, but now she believes in them. Can she and Kit find the cure before mankind becomes extinct? How do you cure people who are already dead? And better yet, how do you kill the dead?
Can it be that Donna’s unborn niece and nephew are the answer? With the earthquakes rumbling, zombies at the gate, and time running out will they find what they are looking for? Man can only hope. 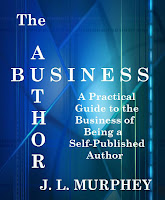 "The Author Business: A Practical Guide to the Business of Being a Self-published Author"
ISBN 9781465958877
Genre- nonfiction/self-help
Synopsis
If you are an indie author you are also a sole proprietor business. This does not cover how to write your book nor marketing. There are plenty of other books and websites which do that. This is about the financial aspects of being an indie author- the finance, income, deductions, and taxes which are your responsibilities as a tax paying business entity. I gave away the first 200 copies but now this e-book is now $0.99.
Smashwords
Kobo
Sony e-store
Diesel
Blio 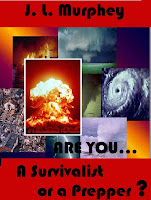 Genre- nonfiction/self-help
Synopsis
There has been a lot of hype on the airways about how to survive this or that calamity. I've been a "prepper" long before there was such a word. Chapters include: the differences between a prepper and a survivalist, the basics, the cost, storage, putting up stores, bugging in, bugging out, bugged out living, self defense, the bug out bag, and the reality of it all.
Paperback
CreateSpace
Amazon
$5.99