It's been a while but I've been busy as you will read.

(Started this in May.) LOL
Well, it's Spring again. So begins a new garden of delicious vegetables waiting to grow. We have three standard 3x6 raised beds made from a fence panel. We still have to purchase another one to make into 8" deep raised beds for a total of six beds for taller and/or climbing plants (corn, beans, peas, cucumbers). I won't have to bend down to harvest.

I cut the handle of a mop and attached a two and a half foot and to a hoe and claw to make weeding easier. My old bones and hip replacement just doesn't take the bending as easily.

(Started this week and I'll try to do better) 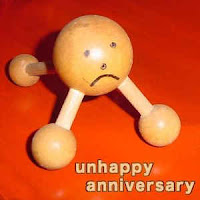 I just passed my 4 year anniversary on the 27th of May. My time does fly when you are not having fun and running around like a chicken with its head cut off literally. No I haven't gotten more function in my arm and hand back, my leg still inverts both due to my post stroke spasticity. Since I've been here, I've found a new neurologist, cardiologist, and dry needling PT. I'm still waiting on a PCP. I've got an initial appointment in July. My new therapist is not as experienced or confident as my old one, so I'm not making the strides I was with my new one, but at least I'm out of pain. I've finally been able to back down to once a week, but since I'm not making positive strides it's more pain control.

I'm also scheduled for Botox with my new neurologist the second week in July. I've been lucky so far with the new doctors. They've all been on the same page as me or a page or two ahead. I haven't had to fire one because of the god complex yet. So yeah, considering all that I've heard from other stroke survivors about useless doctors, I've been lucky.

I've had to really fight with gardening this year. Between it being a new garden and the chickens, it's literally been a battle. I'm doing a combination of square foot and back to Eden gardening. I planted my seeds perfectly so that everything got enough light and water. It was going to be perfect just like my garden beds back in my other place. The planned harvest would be enough it carry Mel and I through this season with plenty of fresh goodies. Or that was the idea. 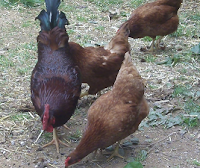 Enter the chickens...
They have been a bane to all my gardening efforts this year. They figured out they could fly over the fence this year. They ate and scattered seeds all over the place in each bed. They also have dug out large areas for dust bathing. So far I've replanted corn five times, green beans and cucumbers four times. I have no idea what's coming up or where. I harvested four pods of beans yesterday to find out which plant it was. It turned out to be red beans. I picked a huge zucchini that grew and was buried underneath a tomato plant. This sucker was twelve inches long by six inches around! I've got pumpkins growing where my yellow squash was planted. No yellow squash made it.  Sixty English pea plants are history. There's no telling what this year will bring.

Speaking of the chickens. We plan to hatch out a new laying stock next Spring. The current layers will go on to their next stage of life. These new ones and the rooster, Whitie, will go into a regulation hen house and yard. I'm tired of fighting them and next years garden will be fresh eating and six months worth of eating.

We had to fence off the compost area so there would be compost. After the chickens had a go through it, there was only carbon left in it for a lopsided compost. This is the only homestead I know of that free ranges the chickens and fences off areas to keep them out of it. Mel ended up putting a 5' fence around the garden and compost pile. 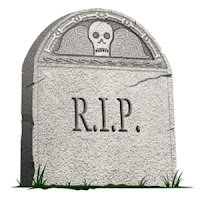 I killed one extra rooster and made another zombie rooster out of the other one. His days are numbered because I found the hatched and am sharpening it as I write. No more will future roosters age more than four months old. They are tough and muscular. I broke the neck of the second rooster but it didn't kill him. Yeah, his muscles are that tough. He just wanders around the homestead with his head tilted at a cockeyed angle. Is it any wonder we call this the Cockeyed Homestead?!

We fenced off a dog training area for Mel. She wrote a book on how to train your dog in ten weeks. Of course she had a brilliant idea of not only adding pictures but also a DVD to it. So we had to get another dog. We went to the shelter and found a German Shepherd mix. This wasn't a puppy but a three-year old, 80 lb DOG. She called him "Bennie" and I called him "Dufus" because he is dumb as a pile of rocks and is as heavy as them too. He now answers to both names.

In choosing this video dog we went down the line of dogs at the shelter. The dog she needed had to be untrained. At each cage we commanded the dog to sit. When it complied it got petted and we went on to the next cage. When a dog didn't respond to the command, it got praised and petted. We found after comparing note, there were two options. One was a puppy and the other was Bennie Dufus. This dog had never been in a truck because we had to bodily lift him into the truck to bring him home. He'd never been inside a home before. He'd always been on a tether. We found this out when he bodily picked up Herbie and one of the cats, and shook them within an inch of their lives. He also killed one of our laying hens after climbing over the fenced training area. All within the first twenty-four hours with us. So he's back on a tether in the training area during the day and inside at night. He hasn't messed with any more of our household critters since the first day. He is put through his paces of simple commands like "come" and "sit" and he's done pretty well with those for the past two weeks. I'm just looking at the "Dufus" part of him and thinking he's not going to be a well behaved dog in ten weeks, but I could be surprised. Right now I'm doing my best not to get tripped up by him. But then again, if he throws me off balance he's big enough to steady myself with him.

Come find me on youtube where I'm doing cooking and other videos.
Posted by J.L. Murphey at 6:30 AM 4 comments: