Sunday Stroke Survival: How Do You Spell Relief? 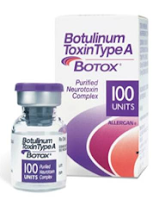 How do I spell relief? B-O-T-O-X. It's been two weeks since my series of injections and it's finally working. Now, for those of you that don't know, my post stroke spasticity is pretty severe. It doesn't come and go in episodes, it's a constant battle. When the Botox wears off between a couple of weeks to a month prior to the next scheduled injections, I'm in pain. Read 8 of 10 on a 10 scale. As an example, tense your upper arm muscle as tight as you can. Now imagine a Charlie horse cramp in those muscles while it's already tight. That's what I go through nonstop until the next set of injections kick in. The cramp will last about two hours, stop for about an hour, and start again.The last part of December to the middle of January was spent like this. A heck of a way to ring in the new year. Because of a billing error, I was also unable to get my dry needling also. It was a grin and bear it situation. I don't want a repeat of that situation ever. 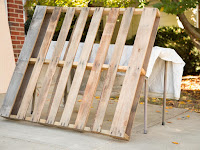 The Botox has kicked in none to soon. It February already. Potatoes, green peas, cabbages, and carrots need to be planted. We've expanded our garden this year. I've also built an elevated raised bed from pallets for another crop of strawberries. It's only a 3x3x3 planting area, but I'll be able to tend it just fine. It's only 27- 30 plants. I should get a few pints of jam out of it. I do love strawberry jam. Other fruits and vegetables I can lean over and harvest but the strawberries would be crushed before I got them in the basket. Also, other fruits and vegetable ripen at the bottom first, then ripen up the plant, but strawberries will always be at ground level for the entire harvest. A 3x6x3 planter is in the works for my herbs. The 1x3x3 pallet planters just couldn't hold enough plants and water for my herbs last year, but it was a good attempt by Mel. 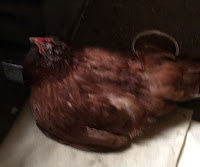 We've spent the winter months harvesting angora rabbit wool. Never got a chance to spin it into yarn though. I also haven't made my urinary pads either. We've lost two chicken to predators this winter. So one of the hens that survived the attack is sitting on some eggs for us. She has an injured foot. A bite went through her foot and abscessed before we found her. She's got a comfortable spot inside by the wood stove until she heals, and can rejoin the remaining hens and rooster. So we've given her a job of sitting on some eggs to hatch out replacement birds. She's sitting on four eggs. As of this week, her leg is still tucked firmly against her body and she uses her wing as a crutch when she's out of her milk crate.

The cookbook is coming along very slowly. It's not so much the recipes but the pictures that is taking so long. I have to make the dish first. Then there is the staging of the dish to make it look beautiful and delicious. I still haven't decided on the title. But I'm still at it.

Mel is finding out just how difficult self publishing can be. Writing a book is the easy part. At least for her. All the folks she thought would jump at her dog training book, haven't. I've tried explaining to her that $8.99 is too high for a 42 page book, but she isn't listening. She's working on her social media presence like twitter and instagram, but she's sort of lost. Meanwhile, I haven't been on twitter since my stroke almost five year ago, but every week I'm gaining twenty-five new followers. Go figure. My books have become a stumbled upon and buy item, because I haven't promoted them a lick. That's okay though, the royalty monies peter in. With no new books published, I've become a has been author. That's okay too. It's just living post stroke for me. It's just not worth the frustration to really put in the work it will take. Trying to regain other things back and adapting things I really need to do take the forefront, and these cause enough frustration. Writing has always been a need to do luxury item for me. Needs before wants. Maybe one day again.

Well that's it for now. Remember...

Nothing is impossible.
Posted by J.L. Murphey at 6:30 AM 2 comments:

Sunday Stroke Survival: It's All About Me! Well, Sort of

My only New Years resolution of sorts that I made was to focus on me more than others in 2017. If you really knew me, you'd realize what a challenge this is for me. In all my 60 years of life, I've put others before me to the point where I literally drove myself constantly into the ground. Do I sound selfish? It's not totally going to be a meme year though. The homestead is a huge undertaking and that's where my main focus will be, but there are other goals I'd like to explore and do that I've put on a back burner for far too long putting out everyone else's fires. Everyone else needs to take responsibility and just deal with it.

Sounds strange coming from a professed minister, right? Not entirely so. A huge part of my meme year involves others and their well being including my own. What I've wanted and been guided, by the Lord, is to reach more disabled folks and show them an alternative to just existing. I've been shown that this is my ministry field now. While I've continued writing this blog, I've done very little else. This will change in 2017. 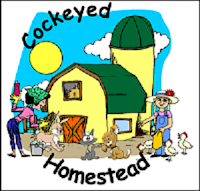 I'm starting with a subcategory of our Cockeyed Homestead YouTube channel with a series of videos on homesteading and being disabled. I'll probably start a whole new channel. How does "The Single-Handed Homesteader" strike you? No, I'm not leaving the Cockeyed Homestead and will still do videos for that channel, but this will go more in depth of my faith, philosophy, how-tos, to give those disabled folks out there both a kick in the pants, and hope that they can also have their dreams, or at least some of them. They ain't dead yet no matter how much they want to be. This was a goal I set for me almost three years ago. It's time for me to get cracking on it. For many over at my stroke recovery blog, it's been a long awaited promise fulfilled. No, it won't be as originally intended with me by my lonesome. Homesteading is hard enough without disabilities, and with the move to north Georgia, I'm no longer alone.

I hear you. "But Jo, that's not selfish!" True, in part. I don't think I've got a totally selfish bone in my body. It is my commitment service to the Lord that guided me to this. Why else would He have allowed me these challenges to overcome? Especially with Him knowing me so well. (grinning) It nourishes my soul and blesses me abundantly so in my mind it is selfish. It's all about me. My growth. My faith. My resilience. My philosophy towards adversities. I'll just carry viewers along on the journey. If it touches one other soul and brightens their life, all the work put into it will be worth it. But then again, it's all about me.

The second part is to get involved on the local level.  I know you've all heard this before. I researched stroke support groups. While being a leader and unique in life is admirable, it can get lonely at the top. I used to say even a minister needs a minister from time to time. Yes, I have my Heavenly Father, but it doesn't hurt to have a good support system here on Earth too. After repeatedly calling the local stroke support group and not getting a call back, I'm going to present myself in person at the local hospital, which sponsors the group. I'm not leaving until I have talked to someone who knows what is going on. Yes, I can be stubborn that way and I'm tired of feeling alone here when I know I'm not.