I've faithfully posted my Sunday blog each week for over seven years. I'm taking the month of June and July off.

Life has become too hectic. I've even dropped out of the Emory spasticity study. I'll be using the time off to make some lifestyle decisions and changes.

As y'all know, I've borne all of the financial burden for our homestead for the last 2 and a half years. Last week, I had a car accident in Mel's truck. I totaled it. I was moderately injured facial fractures, evulsion of my left eye, and various bruises and contusions. Once some of the swelling was reduced, the specialist was able to pop my eye back in the socket. My vision has somewhat been restored. I'm still being slammed with headaches from the concussion, and from my injured eye in anything brighter than 60 watts.

Thanks for hanging with me. I shall return. 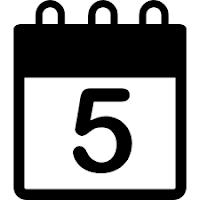 I am now 5 weeks post baclofen fill up and 6 weeks post op. It's good and bad. I thought I was pretty much healed from the baclofen pump placement. It wasn't painful, just an occasional twinge every now and then to remind me when I over did or twisted too far. I was doing great. I was very slowly getting back to normal. Or, what normal was before the pain associated with my spasticity reached unbearable levels. Even my trapezius muscles in my affected shoulder settled to aluminum traps instead of steel traps lessening my headches.

One evening, Kassity, our 45-lb puppy, bounded into the house through the dog door. I was on the sofa. She saw me and galloped the 10' space at break neck speed. I didn't have time to use my nonfunctioning arm to cover my incision. Or, even put a knee up to halt her charge. Both of her front paws landed full force on my incision site and implant. The instant pain was so great that I couldn't scream or yell. Mel grabbed her collar and pulled her off of me as tears coursed their way down my cheeks.

It was several minutes until I could draw a stable breath, or even attempt to speak. I really couldn't fault the dog. She's a happy puppy with all the exuberance of a puppy just in a huge, still growing body. I predict she'll be 75-80 lbs once fully grown.

So that proved to me that I wasn't as healed as I thought I was. I moved fairly gingerly for a few days. I wasn't able to pick the rabbit greens without taking frequent breaks. I really dislike setbacks. Then later in the week, I was going down the back ramp after a rain shower. Can you guess what happened? You got it. I slide to bottom. I actually made it 6" shy of the bottom before landing on one of the most padded parts of my body. The only bodily damage was a rather nasty scrape from hitting my functioning forearm against the hand rail on the way.

Kassity was in front of me on the deck. She excitedly hopped sideways, and back and forth. (Sort of like Scobby Doo), stopping now and then giving giving me a full face washing, started sideways hopping again. "Oh Momma Jo, that was funny! Do it again!"

I was trying to set my feet to rise, but Kassity was having none of that and kept knocking my feet out of position. When she came in for another full face washing, I grabbed around her neck. Her instinct was to pull back and try to twist free. The forward momentum was enough to help me stand. Where's a will; there's a way.

It was later that night, my spasticity overrode both my oral baclofen and the pump, in spasticity control and pain relief. I was awoken at 2 AM in pain again 7/10. How easily I forgot this used to be my still functioning daily pain level. I added back the decreased baclofen. I managed a couple more hours of sleep. My functioning arm was stiff, with angry red streaks in a field of purple and black. Oh yeah! That's gonna smart for a few days. I had only just gotten rid of all the bruises that the hospital had done with IV attempts (6) and blood draws. Geez, I can't catch a break. Er, um, poor word choice.

Of course, this happened over Memorial Day weekend. Nobody in neurotherapy was in. Now if I wanted to drive 2 hours to Emory's ER someone could called in. I didn't bother. If the pump was damaged, they'd just put me back on the baclofen four times a day until the Medtronics' tech could test it. I just circumnavigated all that stuff. Now it means 3 trips into Atlanta next week. I know without the orthopedist doctor saying, it will delay his surgery until my baclofen pump situation is straightened out.


Nothing is impossible.
Posted by J.L. Murphey at 6:30 AM No comments: