A Rant and I'm Pissed! 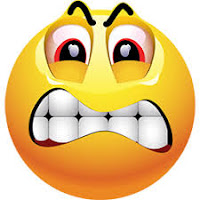 Be warned. This is far from my usual type blog. I'm so angry that I could chew nails and spit them out like a machine gun at a certain medical specialist!

I just got back from Atlanta's Emory Orthopedist.  I spent two hours driving to this appointment. Going 10 MPH on I-85 once in Atlanta on the six lane roadway. The office was in mid-town, of course. I spent a total of an hour and a half in the doctor's office and got an X-ray of my foot and ankle I didn't need. I went to the orthopedist for a lengthen of my Achilles tendon that had contracted. Tendons do not show up on x-rays. Doh!

I met with the doctor's resident first. Pretty well standard for university hospitals. No biggie. Then, the doctor came in and we chatted a bit. He asked how I came to his service. I explain my journey of months to him through this and that specialist. This doctor just shook his head and said I should ghve seen him in the first place to get my foot and and ankle fixed. 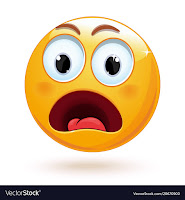 He talked about lengthening this lateral tendon and shortening that one, releasing the Achilles, and rebuilding my foot and ankle to get me out of the AFO permanently and walking normally again. Finally, something we could agree on! I asked him when and he flat told me he refused to do the surgery! Nothing like giving someone a lollipop and snatching it away!

I checked my temper and asked him why. He said he won't operate on anyone who smokes any substance.

Yes, I smoke tobacco cigarettes. I smoke around 5 a day (1/4 a pack) for a very good reason. Thirteen years ago my family practice doctor told me to. At the time, I had gone through my fourth bout of cancer. He knows all the times I've quit smoking for more than a year, I've developed some form of cancer. He actually begged me not to stop smoking again and he set the limit. Call it a cop out, or not believe it. For thirteen years I've been cancer free by following his sage advice. It's the longest period of time that I've been cancer free. Now this doctor wants me to quit smoking for six months before he'll operate?

That's not all that upsets me about this. Couldn't someone have told me his position. I dunno like when the appointment was made? A simple question like do you smoke? When I first talked to them would have let both of us know this was a waste of energy. I mean I haven't lied about my smoking with any of the doctors. It's been on my paperwork for the last four I've seen at Emory since May. I could have not wasted five and a half hours (my total time), half a tank of gas (round trip 220 miles), and the aggravation of driving in the rain in big city and interstate traffic! Oh, and fifteen minutes of HIS valuable time.

I spent the hour and a half driving home (wohoo! still raining but less traffic) fuming. Why tell me that they could fix me only to say they won't? Even if I put the cigarettes down today, it will be six months before I'd get this surgery. Oh, he added a barb to the end of our visit. He told me that the neurosurgeon probably wouldn't do my rhizotomy because of the tobacco use also. If he did, he was nuts. GRRRR!

I mean, wouldn't the neurosurgeon told me he wouldn't operate when I saw him in May? Self doubt is creeping in. This orthopedist has planted his seed of doubt. I'll have to call his team to be sure tomorrow. I can stop smoking. Putting them down and not lighting up has never been a problem for me. I went a whole month without cigarettes while hospitalized after my stroke with no ill effects.

So since May, I've been spinning my wheels on an action plan that didn't work! It's wasted my time and energy with no results. I've exhausted every avenue of hope and still in pain with no relief in sight. This doctor was cruel in his matter of fact, smug way. He dangled the lollipop and then snatched it away. It's now been six hours since I left his office and I'm still discombobulated! I really dislike people who make me feel like this. Now, I have to pray it away to get my peace back. Tomorrow is a new day. Thank God!


Nothing may be impossible but jumping through all these hoops can be exhausting.
Posted by J.L. Murphey at 8:29 PM