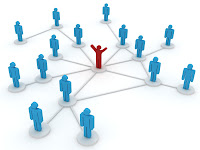 I learned in several businesses I've operated over the decades, networking is an invaluable sales tool. I mean honestly, if we didn't want to sell books we wouldn't want to publish them, right?

Here we are in the 21st century, what's the first thing that comes to mind? Doh! Social networking via blogs, websites, Facebook, MySpace, Google+, twitter, and all the hundred different sites you can promote on. The sky is the limit unless you do too much of it and are banned. Don't laugh. Authors have been permanently banned for making a nuisance of themselves with spamming. There is a limit to how much you can do before you are blocked, unfriended, deleted, or banned.

Initially, it was tolerated because there were only a few but these days authors are coming out of every nook and cranny. Some are good and some are not so good. It just goes to show you there's a book in everyone. 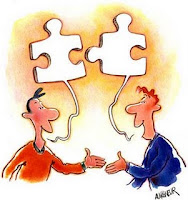 One of the most overlooked avenues of promotion, often forgotten, is the personal, face-to-face meetings. The human touch. When was the last time you bought a book because you saw a buy-my-book plea online? Never? Really? I guess I proved my point. That's not to say it can't happen, but it is the bottom of the promotion charts on how people buy books.

What's the number one way people buy books? Do you know? Yes, a recommendation from another person. Either you know the person who wrote the book, read pieces of it, or a friend told you how great it was. Sometimes lightning will strike and someone buys the book because of the cover or the write up about it. That's #2 by the way.

A case in point- pharmacy reps. They go and visit all the doctors in their service area. They carry with them assorted promotional gimmicks and samples, buy lunches for the doctors and their staff, and information in a concise format. They take this time to develop relationships with the doctor. Each and every one of them. They have something to sell and we, as authors, do too.

Gone are the days when a writer could hide away in their office and write. If you want to sell books you have to promote yourself and your books whether you are traditionally published or an indie like me. 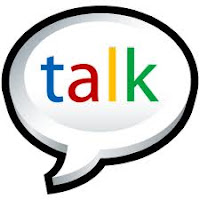 Have no idea where to start? It will mean you have to get off your office chair and actually meet people. Oh no! Strangers! Remember one person will tell ten, those ten will tell ten each so put your best foot forward.

"You'll never guess who I saw yesterday. I saw Jo. Did you know she's published books? Some are about..."
You get the idea.
The possibilities are endless. You may not make any money on the front end, but lo and behold the back end is golden.
But I hear you, you live in a small town that doesn't have anything much. On to a town that has less than a thousand people in it in the smack dab middle of nowhere. 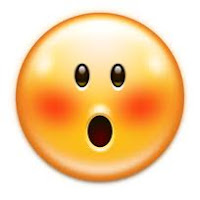 My aunt donated a copy of Escape from Second Eden to my father's hometown. My grandmother was the librarian until her seventies. It is marked as required reading for the town and even the neighboring towns. I wrote the librarian a nice letter when my aunt gave them a copy. It is now framed and hanging on a wall in the library. The town fathers sent me a letter afterwards to give them a month's notice of my next visit so they could arrange a parade down the center of Main Street in my honor.

This is an extreme example for sure. But, from little acorns mighty oak trees grow. My head is still swimming after a year of receiving their letter. No, I haven't been back yet. I'm frankly too embarrassed by the honor they want to bestow on me.

All you have to do is talk.


Are you selling yourself short?

Keep writing and loving the Lord.