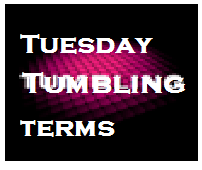 If you look real close at the image to the left you will notice in the word "Tumbling" there is a shadow. It was done intentionally, not sloppiness on my part in graphic design. It denotes movement... trembling tumble as it were.

The word for today is...independence.

in·de·pend·ence
[in-di-pen-duh ns]
noun
1. Also, independency. the state or quality of being independent.
2. freedom from the control, influence, support, aid, or the like, of others.
3. Archaic. a competency.

Independence is important to many writers today. Especially, important for the indie author. They are free from constraints such as deadlines, influences of what they should write and when, waiting on rejections from agents and publishers, and have freedom to just write at their own schedule.

My husband had two heart attacks and a stroke inside of six months, and then was diagnosed with cancer. The heart attacks and stroke were symptoms of his cancer. I gave up everything I knew...a corporate job in my own company and traditional publishing because it was more important to be here with him instead of traveling hither and yon to work. Over the next few years, I lost all identity of me separate from my husband or my elderly in-laws who I cared  for also, and my independence in focusing all my attention to their care.

My DH (darling hubby) spent 200 out 365 days in one year hospitalized that first year. 150 out of 365 days in the hospital for the next two years, my mother-in-law was diagnosed with heart failure and eventually died leaving my father-in-law's total on me. Time sure flies when you are busy with everyone else.

My DH stabilized although still listed as terminal, so I began writing again after almost a decade of being absent, and I was met with, "Jo who?" That was quickly followed by, "You have written what?" I had changed from writing nonfiction to fiction. My agents (both of them) did not represent fiction authors unless they had a proven record in writing fiction. No, I still couldn't travel for several weeks at a stretch to market or teach classes because I still had to care for my husband.

While my agents would gladly review anything nonfiction I had to offer-- at the thought of my writing fiction, I'd be back at the beginning starting over. How easily people are forgotten in this line of work. It's the proverbial question of what have you done for me lately raised its ugly head. 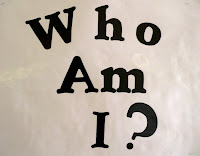 I was searching for my own independence. Trying to regain my own identity of who Jo Murphey was and I wanted to write fiction. Was that so wrong? I didn't think so. I made the slush piles or rejections for three more years before I decided to become an indie author.

Today, I still can't do more than overnight trips because of my husband, but I'm still an author and a published one at that. My appearances are few, but I have a virtual following. My schedule is my own. Write or not write is my decision also. I control my purse strings. I aid who I like and when. I definitely influence others judging by the emails I receive.

I am Jo Murphey an independent author, and glad for the opportunity.
On a personal note, today was my mother's birthday. Happy birthday, Momma. I love you and miss you.
Happy New Year to one and all. May 2013 be a better year.

So are you struggling with your independence?

Keep writing and loving the Lord.
Posted by J.L. Murphey at 8:55 AM