My mother-in-law apartment is huge! Sleeping in my old bed wasn't bad as I thought it would be. It took some adjusting though. I mention to daughter #3 on the phone, the night before I moved in, that it was difficult to get out of so she raised the whole bed on blocks and added another box spring to the mix. Well standing beside the bed the top of the mattress came to my waist! She meant well. Her husband, as tired as he was, lifted the bed and while she knocked the blocks off the  legs. That made the bed better. It only took a little hop to get on the bed. He ended up removing the extra box spring too undoing all of daughter #3's "helpfulness." The new box spring and mattress was higher than my own. So it's a bit higher than my old set. Still lower than ideal but I can live with it.

All my things are about me and fit the space perfectly. I do have to get some shelving units for the canning stuff. I still haven't decided which spare room I'll make into the larder. but for now it's all stacked neatly into one corner of my dining room. Actually, I could convert that whole corner into a larder. There's several empty boo shelves in here that could easily work to that end. I could fashion curtains to block the light.

I've even found a gardening spot for vegetables and space for the herbs that I brought with me! The whole back of the property is   overgrown badly. The herbs that I brought with me will be planted in the flower beds along the front walk. There's a 30'x50' (that's 10- 50' rows) on my side of the side yard that will be perfect for vegetables, I'll implement the Ruth Stout method and just cover the area with cardboard and thick layers of hay all that gras wi;; become a compost to feed the vegetables. It might be late in the season for planting, but hey this is Savannah, you can garden ten months out of a year here. It won't get cold here until December or January. But, I've had it trying to second guess Mother Nature. I can remember dressing my ids in tank tops and shorts on Christmas Eve. I still may get some home grown goodness yet. There's a double gate by the trash can so unloading it all will be a breeze.

I'll have to talk to daughter #3's husband first because he'll have to do all the heavy lifting of the compost bags and hay bales. I can spread it all out myself. I do not have a garden cart here, I'm going to miss it.  I'll need more cardboard boxes too. So many little things are needed, but that's my one handed life. The beautiful parts of using the side yard is it out my door and hang a right, and then there it is. It's a short walk to the outside shed too. What's in there is a mystery but I do know the grandmother was an avid gardener.

She'd be so angry about the way the landscaping has not been kept up, but at 92, it might not matter to her now. I'll have to price a landscaper to see about all the over grown hedges and stuff. There's no way daughter #3's husband or my daughter can do it all with their work schedules. They aren't really green thumb type folks. I sure can't. There's a ton of knee high pine trees and brambles out there.
I spoke to the son-in-law, and his plan was to demolish the back swimming pool and deck area during the summer months. He also sees the need of producing our own food. He has been a city dweller all his life so he'll need some guidance. There is plenty of roof line for water harvesting for the garden beds. Currently it's all running into the sewer. What a waste! Even if we have to move from this property, the "improvements can move with them onto the new property. 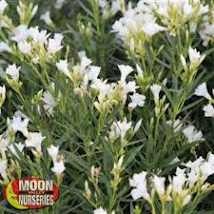 He mentioned leaving the Oleander in place as a privacy screen, I said cut it down. Oleander, while beautiful, is poisonous to humans and critters. We could plant blueberry bushes along the back fence instead. We'd have the privacy restored and enjoy the berries for years to come. And come to find out, his grandmother planted an herb garden. It's very badly neglected. But, I was able to salvage a few od the herbs.
I found a tree company that will deliver wood chips by the dump truck load for free! So starting a compost pile and garden beds will be cheaper. Now if I can the county composting site, I'll be in hog heaven and my gardens building will be complete minus some minerals. Now, if I can just get my fifteen year old granddaughter excited about the prospects of gardening...I don't believe that will happen though. Although, she admitted a desire to learn alternative uses of herbs and preserving the harvest. So that's a start.
I've cooked two meals this week. The leftover meats from the shoulder pork roast will become shredded. BBQ sandwiches later in the month. The leftover beef pot roast will become roast beef hash to serve over rive. I'm still having to adjust serving size because now I'm cooking for 4 instead of 2. I founds our old dump cart that I had loaded with jars had made the trip to Savannah with me. It will eventually have to be returned to Mel. But in the meantime, it will help me set up this garden. 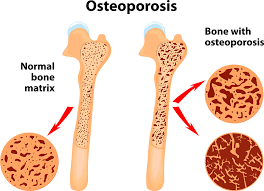 I found out from my podiatrist. two days before I left the mountains that I have three more stress fractures in my AFO clad foot. So I'm back to swapping out AFOs and shoes again. The swelling in the foot becomes too bad for me to wear my shoe very long or stand more than a dew hours at a time without elevating it and getting off it. SIGH! There's nothing wrong with the AFO. It's my bones that are the problem. They just aren't back to normal yet. All the chemo and radiation has done a number on my bone density. Even with a 1200 mg calcium plus D3 taken daily and the Vitamin D3 (50,000 unit capsules) taken weekly, it will take months to recover normal density back. In the meantime, small bones like in my feet will break. Right now, my bone density loos like the bottom right in my smaller bones and right upper in my major bones which is why I'm getting the stress fractures, but I gotta walk. God is still working on my patience issues. SIGH!
Nothing is impossible.
Posted by J.L. Murphey at 6:30 AM