Ah, yes, it's Thursday again on The Murphey Sa-a-g-g-a-a. What would be a week without tumbles and stumbles in our lives...could I dare think normal? Don't worry, we ain't normal.

Oh, and Happy Thanksgiving y'all! Today was my grandmother's birthday. There's not a month that goes by when I'm not remembering some story about Grandma or being at her house. She was a feisty librarian. Wow, she would have been 114 today if she were still alive.

Well, I got my long awaited Botox series of shots. Eighteen in all with only six in my leg. The rest went into my pectoral muscle and arm. These shots are pleasant. They hurt big time. Think of a needle piercing the skin, going deep into a tight muscle, it wiggles around to hit the area that is spasming the worst and then, injecting Botox into it stretching it. Each and every shot is like this.

Why would someone purposefully subject themselves to this torture every four months? The relief it gives is worth all of it and more. The pain that sometimes reaches 9 out of 10 becomes a 2 at best.The muscle is relaxed, but still functional or at least it can move. I'm not yelping every time I try to move my shoulder. Ever try to bend forward to stand up and not have gravity pull your shoulder?

Needless to say, I left the office feeling like a pin cushion with red freckles at the injection sites. What made it worse was the sites on my lower leg was where my AFO rubs. I got home and grabbed a large bag of frozen peas and slid it under my arm. I could still move my arm away from my body six inches without screaming in pain. That's an improvement over previous shots.That's the nice thing about frozen peas or corn, it conforms to the space allowed. Twenty minutes under my arm and back in the freezer it goes until the next hour comes. Yes, I mark the bag so I don't cook them and eat them, Silly. I was still going to bruise thanks to the blood thinners I'm on.

You know that game teenagers play where they punch each other in the upper arm as hard as they can? From experience, I know that's how my arm and leg feel for several days after my Botox injections. My roughly seven pound arm will feel like fifty pounds. But the frozen peas help, because I can't take anti-inflammatories. Each day after the injection pain wears off, I'll try to stretch and move my arm. I use it as a gauge to know when to start therapy again. I had my first therapy session yesterday. The Botox is still sorting itself out in the muscles, but I can lift the arm almost 90 degrees from my body. Yeah! Yippee! 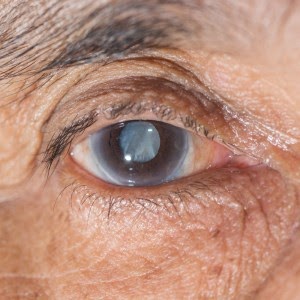 My darling hubby, DH, has some vision problems. He says that looking out of his left eye is like looking out of a frosted window. When looking out of his right eye there are black dots and sparkling lights. The left eye is cataracts. I can see them. His right eye is something different. It could be simple floaters in the eye or on the worst end he could have a partially detached retina. The poor man is already deaf. He doesn't need to go blind too. Both problems can be easily fixed without heavy anesthesia and outpatient. I had an appointment for him with the ophthalmologist, but Murphy's Law stepped in.  The transport wasn't arranged as easy as I thought. Both the hospice social worker and I dropped the ball. Next available appointment is January 2015, if he makes it that long.

He is also showing some neurological problems. He started with tremors in both of his legs and hands. I'm sure it's the tumor in his brain is causing this. He has also started lucid dreaming and it is difficult for him to tell if he is awake or sleeping. This is probably the morphine. He jumped out of bed chasing an intruder in our home. He didn't know he was dreaming until he hit his butt hit the floor and he knocked his head on the bed frame. His hospital bed has a metal frame. I heard him hit. By the time I got to him, he was still groggy, holding  his head with one hand and his hip with the other.

I checked him out for a fractured hip. Nope, he checked out fine. I checked his head for blood. Nope, just a goose egg starting to rise. He was definitely going to feel like crap later in the morning. The only thing needing a bandage was his upper arm where he sliced it on the bed on the way down.

At this point I'm seriously considering putting the rail back on, but once up I can't lower it one handed. I'm also considering moving my lift chair into the living room or actually having the kids do it. It sleeps fairly comfortable. I slept in it for four weeks each after my Achilles tendon repair surgery and after my abdominal surgery. I would definitely be closer to him. I'm not sure which is the better option.

My DH weighs 93 pounds as of yesterday. He's dwindling down. The recert nurse calculated his BMI on Monday and his number is 18.3 (19-24 is normal) Of course, the 19 is based on a small bone structure. He is large boned. My DH's weight upon coming into hospice service, his BMI was 24. The fact is that he is burning over 8,000 calories a day just in his breathing effort. He might, on a good day, take in 9,000, but those are rare even with all the chocolate he can eat, and Ensure.

Hospice drew blood for the first time in over a year, his values looked really good considering. Highs and lows where we expected them to be given his health status. Speaking of hospice, they out did themselves on Tuesday. The aide came to give him his bath, etc. Following on her heels was his nurse. Right after the nurse left, the social worker came by.  Then, the recert nurse called and wanted to his re-certification. I told her no. She could come the next evening instead. She agreed.  The social worker didn't leave our house until 7 PM. I should mentioned at this point that my DH's recert nurse is my neurologist's nurse practioner also... so it's all in the family. The only two missing from his team that didn't call was the clergy support and the doctor!

So we continue on for another week with tumbles and stumbles.
Posted by J.L. Murphey at 6:30 AM