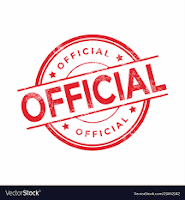 It's official I've gained another week because my daughter's work scheduled changed, but on the 30th of May, I'll start a new chapter in my life in Savannah. The truck is reserved and the countdown begins.

How many chances do you get to start new chapters in your life? Every time I think I'm on the final chapter, I turn the page and surprise, there's more to the saga! I've never lived with one of my children before. I mean me moving into their house. It's always been the other way around. It seems strange but somehow right. It's what I taught my children their whole life, family takes care of family. This is going to be a major learning curve for all of us (even if it's short term). It's no longer Momma's house, Momma's rules.

The prospects are exciting and terrifying at the same time especially living post stroke. Or, maybe, it's just that I'm getting older and rattling against another new adventure.  But everyone believes this move is for the best.

For now I've started separating kitchen lob-lollies, I've been through the pantry and food stores to split everything, and am packing away winter clothing for the move. I'll probably continue packing my clothes keeping only a couple outfits out as moving day get closer. Not that I have that many clothes. I recently bought two pairs of jeans to replace two that weren't decent enough to wear anymore. They were size 18W (I now wear a size 14) is besides the fact. They were ripped, stained and holey. They weren't even usable for quilting. Now, that's bad! I need to replace my tube socks. They are threadbare in spots, getting holey, and the elastic band is shot, but I'll wait for this purchase. So I'm attempting to pack myself. It's harder than it was six years ago. I'm thinking age has a lot to do with it.

As I fill a box (18" square), I move it to a staging area between the sofa and the bookcase in the living room. They aren't heavy because I'm still under a 25lb weight lifting restriction. I find they are easier to lift if I pack them on the bed and pick them up to carry from that height. Having an AFO and the same shoes is a definite plus! (HURRAY!!!) I'm not killing myself in packing. I'm averaging two boxes a day. As far as marking them goes, a Sharpie has become my best friend. A single capital  letter adorns the boxes; B= bedroom, K= kitchen, X=bathroom, C=Craft/sewing, and S= Storage. The majority of boxes are bedroom because they are clothes, bedding, and such. Ten boxes and a back pack in total so far.

One box is devoted to Lil Bit. When we went to town for my foot doctor appointment, I had Mel stop by the Dollar General for her new feeding dishes, cat food, litter, and litter box. Everything fit in the box perfectly. I also put Patches' remembrance paw print disk the vet made in it. I marked the box with a "B" because she'll have the entire setup in my bedroom until she gets around to making friends with my daughter's puppy. That reminds me to ask daughter #3 if she still has a baby gate for my bedroom door. It will allow the animals to sniff one another at will. Lil Bit's preferred method of making friends with new critters. From there, she'll train the puppy to be polite as only cat claws or rapid slaps can do. Dogs usually learn to respect cats within one or two contacts unless they are totally stupid.

So slowly, but surely it's all coming together. Next, I'll tackle the stuff in the barn. Now, that will be the real challenge! I'll definitely wait until this storm front passes before I start.