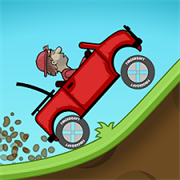 After the fiasco of the past few weeks, we are finally moving forward in building our homestead. We've been two women with only a functional left hand. Mel sprained her wrist and was in a split. She's getting a small taste of what I go through each day living post stroke.

For our YouTube audience, it's been a long absence from any new video productions. When we ain't doing nothing, there's no sense in videoing it. Sure I've been canning, but it's not something they can't see or learning on fifty other sites. As far as cooking videos, I haven't made anything worthy of videoing because I've been canning. The rain has kept us indoors as much as possible. So no building, animal updates, or gardening stuff. Still we have to get back into video making mode again.

The hardest part of building these new structures is digging the holes for the 4x4 posts. Each structure has 12 of them. It takes Mel a week with the post hole digger to do twelve. We cut the 8' posts in half so the 4' are anchored two feet into the ground for added stability. These will allow the pallets to be screwed into them. We don't want the predators gaining access. We'll be stapling chicken wire to the outsides of the pallets also to hold the little ones in. This will allow the rabbits to run around the large enclosure while we groom them. 24'x10' is plenty of room for them to scamper and binky to their heart's content. We'll also be seeding an area, not enclosed by the tarp, with rabbit yummies like Timothy, orchard, rye grasses, and clover for them to "free range" in. Straw will be under the cages. We decided to reuse the smaller cages we built for the bucks. They just don't need as much room. The new larger 24x36x24 cages will be for the does. Building this five-plex (15 feet long) was an adventure and a half. We put in the drop down nest boxes and a shelf that a momma rabbit can hop on to for getting away from the babies. Yes, they are the Taj Mahal for the does. We are reusing the old hutches as grow out cages and quail cages.

We are now entering the second stage of our rabbitry. The breeding/ pedigree part of raising Angoras. This last year has been spent getting to know our rabbits and get them on a grooming schedule. I still need to get another buck to replace Keiran who died last month and another doe for meat rabbits.The quail are our next expansion animal into homesteading. We spend a year with each animal before getting the next. The next big jumps are to goats and then Guinea hogs. 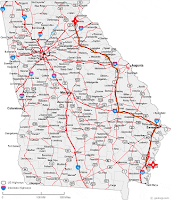 As for me this weekend, I have been summoned home. I've honestly not been home since Thanksgiving. The reason is simple bad weather and my health. I have a triple A (Aortic Abdominal Aneurysm) growing. My cardiologist is concerned but it isn't big enough to warrant surgery. That doesn't mean it won't blow, but it's unlikely. Knowing quite a bit about these things, I've felt like I have a time bomb in my belly and been afraid to go anywhere especially not 6 hours on the interstate. My dad called me. He and his wife are celebrating their Silver Wedding Anniversary. I honestly think it has been longer. I haven't added it up, but he says it's their silver, but he has Alzheimer's too. It's actually their 28th. I broke out my calculator. I'm just happy he remember she's his wife. He often forgets and searches for my mother.

Another new area for our expansion is a grain trial where the old rabbit hutches are and bush hogging the orchard. Whether we plant the orchard this year or not all depends on timing. We still have the driveway and house to fix when I return to the homestead. That was my main focus for this year especially after being stuck up to my axle in mud and snow this Spring and winter. New pipes from the well to the house has to be installed. The fool that built the original system used a flexible hose and only buried it about 6" underground. We had numerous breaks and water freezing before it gets to the house. It has to be fixed properly. I'll gladly pay someone else to dig the trenches and lay the pipe. It's too big of a headache for me and Mel to do it. I want it done right. 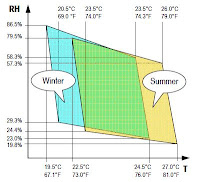 With the new rabbitry and chicken hoop shelters going up, it's time for the electricians to come in and do their stuff. Wow, we can even have air conditioning in the main part of the house this summer! Not that I minded doing without last year. It's not like South Georgia up here. The humidity isn't as great or the temperatures as high. You'd think that Mel being from Orlando would be used to the heat, but she's spoiled and loves her air conditioning. We are so different in our heat and cold tolerances. Hers is a very narrow range about low 80s and she's comfortable. I'll be the first one in shorts and a tank top while she's still in the long sleeves. My comfort range is between 69 degrees to 85 degrees. I'll be in t-shirts until the temperature drops into the low 50s.

Well that's about it. Remember,