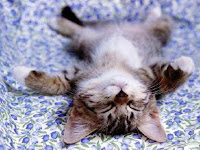 I used to take power naps like Einstein. I rarely slept more than four hours a night unless I was sick or drugged and I did it for thirty years!! During the day, I'd close my eyes and instantly fall into a dreamless sleep for twenty minutes and awake totally refreshed ready to take on the world again. I would burn the midnight oil often until 3 or 4 in the morning and get up for work the next morning. And then, repeat the process as I wrote and held down TWO full time jobs for decades. These are the classic power naps.

Since my stroke, that life is a distant memory. Mainly the chronic fatigue I feel. I now sleep six to eight hours a night when my body allows it. Spasticity has a weird sense of timing. The pain can cause even a heavy a sleeper to awaken in pain. I need those six hours at a minimum to feel rested. But just getting out of bed is a tiring struggle and it's just the beginning. How I managed all those months of waking every two to four hours to give my husband his morphine had to be God's grace upon me that I could still function. I depend on a two hour nap during the day to make it to bedtime. It was explained to me that I was burning through my energy in the recovery process and spasticity. What it amounted to was for every action I accomplish during the first four to six hours after rising used every ounce of energy I accumulated during the night's rest. 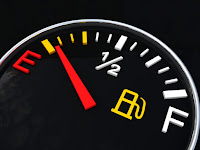 Now I literally pass out/doze off in exhaustion. I'll be sitting at the keyboard ignoring all the warning signs of my energy level reaching empty, and suddenly wake up a couple of hours later. It doesn't matter if I'm lying down or not, I'll nod off. Needless to say I work my driving times or running around times in the first four hours or after nap time. So my day can start at 5AM and can continue up to 10AM at the latest. It will be after 2PM before I can function outside the house in the public again.

These aren't power naps any more, or are they? Sort of. There's no definitive answers after a stroke. It's always, it depends. Before my stroke, my gas tank was filled full after a twenty minute nap. But now, I'm running half empty upon awakening after two hours of napping. I'm good until probably 6PM. Then I'll doze off in half a hour  for every two that I'm awake increments until I get my behind up and crawl into bed at 10. I have to stay awake until 10 because of my night medicines.

As much as I hate to admit it, part of this new energy cycle cannot totally be blamed totally on my stroke and an abundance of muscle relaxers, but age.  A few years ago I wrote a blog post about 60 being the new 2 because that's how I felt like my life was like post stroke. I still do! I often say, "I'm not a Spring chicken anymore or even a Fall hen." I also say, "I'm a tough old bird." All of these are true. If I was a chicken, I'm so old that even pressure cooking me for the maximum amount of time...I'd still be tough to chew (think-shoe leather). The fact is, I'm slowing down because my body is older. But I can still run circles around some of you! (wicked grin) You know who you are.

So now if I have to, I equate power naps as energy naps. I can't do without them. They are a MUST DO. Where as before I might skip them, now it's an everyday necessity just to get through a day. Even the little doze off periods in the evening are a fact of my daily life. Just like most, I have a honey-do list except I'm the honey that must do. If I don't go to the grocery store, I'm scrounging for something to eat. If I don't service my car, it'll stop running. 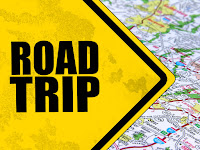 My scheduling has been thrown out of whack with road trips and house down-sizing marathons on weekends with my children. But I'm coping with extra naps/doze off periods when they are taking items to Goodwill and Faithworks. Even if I just take a supervisory role, it's mentally taxing.  Sometimes that's worst than hard physical labor. Just separating 17 years of living in this house/40+ years worth of things into donate, sell, and I want rooms of the house means multiple trips down memory lane. This makes everything take twice as long to accomplish. Partly it helps and hurts my grief at the same time, but I realize no matter what I do, it will be this way. Yes, I did say rooms! Since I basically only use three (four if you count one bathroom) rooms of my house out of ten, there's space. I can't believe I had three Christmas trees in my attic!

Big furniture is going out of the door on each session which frees up more space, but I've filled them with bunny cages (grin). They have a room all to themselves now. But as much as I enjoy my animals, they too take a toll on my energy levels. But I have to say, it's taken SIX rabbits to equal the amount of care for energy expenditure that my husband took on a daily basis. The rabbits are part of my healing process. I give them love and get love in return from them. I'm relishing the fact that all this STUFF is leaving my life. Down-sizing has been a catharsis for me even though it is exhausting. So many things on my plate has been tiring also, but soon it will be over with. I figure by November or December tops, it will be done except trying to sell everything. If I thought this house 2,000 sq ft house was too big for me when it was full, it will seem cavernous when emptied. Then I'll know it will be time to move on.

In the mean time, power naps will be my saving grace to get me to the end of each day.