Sunday Stroke Survival: Is Fear Holding You Back? 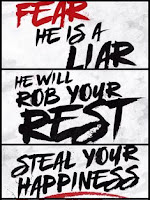 A couple of weeks ago, I mentioned about fear holding me back from having surgery sooner. I also posted this picture with it. The words are actually words to a song. If you listen to a Christian radio station, you might have heard it. Zach Williams, the artist who recorded this song, has a couple of songs which hit home for me. I'll post both the songs that spurned me into action and this one later in this blog.

This song strengthens my resolve to continue waiting for the surgeries that may fix the spasticity and the pain that accompanies it. These three lines of this song reminds me that God is in control.  Theodore Roosevelt said it best when he said, "Nothing in the world is worth having or worth doing unless it means effort, pain, difficulty" even waiting. 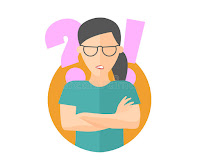 But waiting isn't without its own trials. Fear creeps back in. Is this interminable wait because it's the wrong decision? This is the biggest one for me because I'm always questioning my decisions. Yes, you are not the only one thinking this in whatever choice you make. Conquering the effects of pain from the spasticity on my body and on the emotional front is another huge trial. The spasticity in my arm causes my trapezius muscles in both shoulders to strain causing unbelievable headaches, and my spine to contort as I try to find comfort. Which, in turn, causes more muscle aches from poor posture. But the worst, is Mel asking me all the time, "What's wrong? Are you mad at me?" Because my happy, smiling demeanor has changed to a frown or scowl most days because I'm dealing with this pain. I actually look haggard and tired as I go about my daily routine. I find myself doing the bare minimum to get by which is totally out of character for me.

Combating these fears and concerns is exhausting! A small voice keeps reminding me that God is in control and He has not forsaken me. Thus fear is abated for a time, but it returns. Yes, even for me a minister, it does so don't beat yourself up about it. Hey, I'm only human! God understands this through Christ.

In the previous blog, I mentioned my fear of dying as a reason for not coming to a decision sooner. You have to admit that there's not much worse than death. Although, some people say death would be easier than living post stroke. I don't feel that way. Now after years, first with the Fibromyalgia  and in combination with the spasticity, I can honestly see their point. Don't worry. I still don't have a death wish. At what point does your desire to be pain free overrides your chance of death? I reached that point, and then some.


So what is fear holding you back from doing?

Now as promised above the two songs that spurned me to action and give me the strength. Enjoy. May they touch your soul as they did mine.