At long last,  I had my consult with the functional neurosurgeon. I've only been trying to get in to see him for 8 months! If you remember I had to go through Emory's Stroke team first.

I spoke at length to his assistant. He in turn spoke to Dr Boulis before he came in to see me. Dr Boulis and I reached common ground very quickly. I could see the gears turning in his mind for the best possible outcome. His assistant had already performed the spasticity assessment and preliminary exam. To nobody's surprise, I was ranked severe. I've been this way for months. I'm now 10 months since my last Botox injections.

I simply said, "I'm broke. Fix me." In my mind, I was doing my Austin Powers imitation. "I want it all. Yeah, Baby!" I wasn't afraid of the pain of recovering from surgery, nor hard work entailed to get what I wanted. I never have been.

He nodded his head and asked me which was more important pain relief or recovery. I answered back

with both. The only way to fight spasticity is to strengthen the weak muscles and I wanted a fighting chance. He said he was impressed by this answer. It proved to him that I had given this a lot of thought. I explained to him that I'd read almost every report on spasticity in the past three years including some of his. I even mentioned his TEDMED talk in Washington, DC. It was about the battle that goes on between the neurosurgeon, the patient, biotech, and the FDA. Pretty interesting stuff, but I digress.

The thing about the rhizotomy is the prolonged recovery time, at least a year between the surgery and  reteaching the body. So if he did a dorsal rhizotomy to my lumbar spine, it would be a year or two before he could do the cervical/thoracic one and vice versa. Especially since I'd already spent six years in this fight. I had confessed to him that I was tiring of the fight for recovery post stroke. I'm still in physical therapy and looking for answers after six years post stroke, for God's sake!

He first did the "do no harm" speech and explained he didn't want to make it worse. I lifted my affected arm the 4" away from my body for emphasis. That's how much voluntary movement I have in my affected arm with the spasticity. "Worse than this?"

He had to admit that it couldn't get much worse. That left the leg. While I've lost the ability to dorsey flex and evert my foot at will because of the spasticity, it still keeps me ambulatory. Sure, I'll stumble over invisible lint, or fall, but I'm still moving under my own power. The new new AFO is correcting my odd gait issues. I again imagine I'm seeing the gears move in his brain and the light bulb goes off. A Baclofen pump for the lower limb would work better than the oral medicine. Both surgeries could be completed within a year. 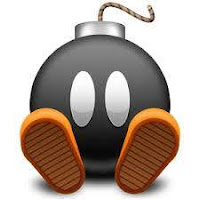 Then I dropped the bombshell. First one, and then the other. I told him about my aneurysms and about how my heart reacts to anesthesia. I half expected him to run out of the room screaming, but he didn't. Now, it was my turn to be impressed. No sense in doing the rhizotomy before the aneurysm is fixed. If it blew, I'd be dead. That would have to wait until after cardiology gave the all clear for me to be off my blood thinner for three weeks. But the Baclofen pump trial could be done to see if it works on my ankle and foot spasticity. I would only have to be off my blood thinner for a week prior to that surgery. I would also have to be cleared by the Emory heart team prior to the rhizotomy. It's just Emory covering their butts, but I understand it. They don't know my cardiologist or my vascular surgeon.

Tomorrow, I'm calling my cardiologist first thing. It's time to get this ball rolling. My hope is renewed and very much alive after this appointment. At the very least, it's a positive action plan.


Nothing is impossible.
Posted by J.L. Murphey at 9:23 PM