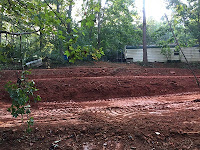 We've had an unseasonably warm November so far. I think we've only lit the wood stove three or four times so far. I know this will change, but for now it's great. Thank goodness! Preparing the organic orchard with cardboard and hay has taken longer than expected. Doesn't all plans versus reality take longer? We started on the lower tiers first, so the upper tiers are yet undone as you can see in the picture. It takes two weeks to do one 8' x 75' tier. We've only accomplished the lower two tiers as of today. Ah, if only we were younger and both able bodied. It would all be done by now. Or, am I just kidding myself? Probably, keep reading and you'll see why. 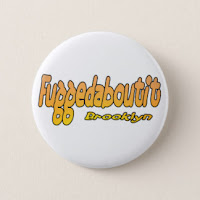 The rains has also delayed us. Not that I'm complaining. I don't think I'll ever complain about too much rain again after the drought of 2016. I guess we could continue to work in the rain, but we have heavy clay soil. It's like walking on an oil slick when it gets wet even with two working legs. Even with the wood chips down on the tiers, it's unstable footwork when its wet. When you are talking about a sloped clay access to the lower levels, it's a downhill slide quite literally. We err on the side of safety here. We could easily slide all the way down and off the twenty-foot drop at the bottom tier. No thank you! Besides, being older folk, we ain't ducks, rainy weather with its winds racing down the hollow, is for the insane carrying large pieces of cardboard as sails. And scattering straw, fuggedaboutit.

I've come to the realization that it'll get done when it gets done. Hopefully before the freezing temperatures set in. If not, then it will have to wait until spring thaw. I'm just not going to worry about it. At my age, things just don't have the immediacy it once did. It's better to enjoy life than killing yourself getting it done. Being limited in mobility and living post stroke are besides the point.


It truly doesn't help that Mel took another tumble and cracked a bone in her forearm two weeks ago. No, as usual, she didn't go to the doctor. She hates them all. She depended on her common sense and "Dr. Jo" to diagnose her problem. It was fairly obvious over time. No nerve or mobility impairment. Just pain with certain movements and point tenderness. It lasted for days so it wasn't a sprain or deep bruise. Of course, it could still be the last two, but treating it as a hairline fracture is the same treatment.

It's only common sense, right? If it hurts, don't do that. If you are tired, rest.Who needs x-rays and doctors at today's price of several hundred bucks to diagnose it? Why does it seem the younger folk out there seem to have been standing behind the door when God handed it out these days. I noticed it in general observation of my children and grandchildren. They have a lot of "Doh!" moments when shown the sensible way to do something. I mean, I'm older, brain damaged, and have multiple CRAFT (can't remember a freaking thing) moments, but still I'm capable of common sense. Enough of this rant.

I also finally got my new shoes! I'm a lot more stable upright and less chance of a pressure sore developing. Insurance covered one pair of specialty orthotic shoes and I paid for a second pair. My AFO needs the support of my shoe to work properly. I really dislike Velcro closures but I'm limited in style because of the deep depth I need with the build up on my AFO. With the new shoes, I'm more active. Yippee! I'd be going like gang busters if it wasn't raining. But rainy days the work of the homestead doesn't stop for me. There's baking to be done, herbs to dry (yes, the warmer weather means they are still growing), clothes to wash, caring for the animals, etc.

I'm still playing at making hard cheeses. But, it's a lot less attractive, or self-sufficient, or sustainable when you have to purchase the milk to make cheese. We go through about 1 1/2 gallons a week, on average, in general consumption. Mel is a heavy milk-a-holic, and I use quite a bit in cooking and drinking also. I'm waiting for my appointment at Emory. It should be in two weeks. I'm hoping they have the answers I'm looking for. The increased doses of Dantrolene seems to help more with the pain I'm feeling with the spasticity. I'm close to the maximum dose now with no noticeable improvement in mobility. With the increased dose, the side effects of diarrhea and headaches have come back again. Add drowsiness and dropping off to doze at a tip of a hat in the late afternoons. It may be a couple of weeks before this stops, I hope. At least, the pain is more manageable. I'm able to sleep 4-6 hours a night without waking because of pain. Wohoo! That's better result than I expected especially being seven months without Botox.


I've decided to change bedrooms this winter. I'll take the larger front bedroom that's the office now. Not that I need the extra space, but the two large northeasterly windows allow for more sunshine in the room. I do love my sunlight. Besides, since neither of us actually use the office/craft storage room, it makes better sense. Bonafide shelving and cabinets in the smaller room, my current bedroom, will work just fine. But first we have to empty the rooms, paint the hideous wood paneling, build the shelving units, and move all the stuff over. So work continues on the orchard and around the home of the homestead. Until next week, remember...