Since I decided to forgo Botox this round, as you can imagine, the pain that accompanies my spasticity has been a constant companion. Every waking moment it ranges between 7 to 8 and worsens while sleeping. At times, I'll hit 9 or 10 several times a night.

The neurologist I saw for the Baclofen pump, changed my zanaflex to dantrolene to see if it will work better. Meanwhile, I've boosted my oral Baclofen up to the 80 mg maximum again during the slow build up to 100 mg of dantrolene. (1 capsule a day for one week, then 2, then 3 until week four when I take it four times a day) Meanwhile, I'm painfully biding my time. So far, I'm tolerating the new drug well. No outward allergic reactions other than being tired, but no relief either. I'm currently on two pills a day. 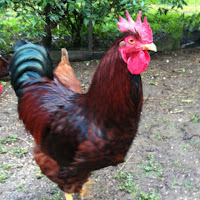 You may be wondering how I'm managing my pain. Honestly, the best I can. When the pain level reaches 8 on the scale, I'll stop whatever I'm doing and sit. Not that sitting relieves the pain, but I can't function. I'll keep my mind deterred, somewhat, with games or blogging. I'll even window shop on the computer. Anything but sit idylly by focusing on the pain. I do this until the pain drops a level, and then I'm back at it. This week on the homestead, I'm canning cream soups and broths, and chicken since I butchered two roosters of four that needed culling. I honestly made it harder on myself by not doing this when they were 12 weeks old instead of six months. If they had been under four months old I could have just frozen them. But that's okay, I needed to make cream of chicken soup and cream of mushroom soup anyhow. So far, I've canned a case each of chicken, each cream soup, and two cases of chicken bone broth. Not too shoddy even with the pain I've been in. 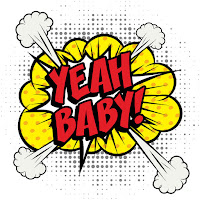 This week the back ramp and deck the between the storage building and the porch went in. It wasn't cheap, but well worth every penny spent. The handyman, Ronnie, is also a certified electrician also. Double YEAH! He'll straighten out the panel box and wire the outside buildings for us. He can even handle some of our plumbing issues too. I love it! One stop shopping! I don't need the other "professionals" who won't even give me a call back. I've been waiting on the other guys for weeks. I spent over a dozen years as a business consultant, this is not how to grow a successful business. Even common sense will tell you this.

But as usual, I digress from today's topic. When I know the cause of my pain, in this case spasticity. I only baby the pain when I can't stand it and when it physically stops me from what I'm doing. Until then, I take frequent breaks, but I keep going. While I've got pain medication, I use it as a last resort. Usually when the pain makes me physically ill. Who wants to be in pain AND vomiting too? Not this gal. A 30-tablet pain prescription med will last me a year. Hot showers help, but I have an issue with them. While the showers help with the stiffness, it also raises my heart rate. Then I'm swapping muscular pain for chest pain with difficulty breathing. It's a balance game between the two. I also can't live in the shower. Biofreeze helps too. I love this stuff. I'll also add Sriacha to foods to increase my capsaicin and garlic to my diet to fight the pain internally.

When I've tried everything and it doesn't bring the pain down to manageable levels, nothing is left but to cry. But even crying does no good. I just end up with a blotchy face and s runny nose.