Once again, I'm letting God have this blog.

I had a comment in here from Barb Polan that I felt that I should address here since I can relate to this one too. Can't all of us that haven't received THE promised healing from our strokes yet?

You left out this thought (which I have frequently): when other stroke survivors have a breakthrough and can now use their hands or begin to run, one frequent response is "Praise the Lord!" or "I owe it all to God." Now, tell me this - why did THEY receive such help from God, but I haven't? Yes, I'm a whining, selfish being, and I know life's not fair, but why not me?

No and yes, Barb. You are being whinny and selfish human being. <smiling> Just as I can be. Remember, what I said about being a petulant child?

I realized, while praying about this comment and my own thoughts, that healing has actually taken place. Am I as bad off as I was initially after my stroke? No, I am better as are you living post stroke. Was it a complete restoration of your body? Nope. Neither is mine. Am I expecting my healing to be total? Yes. Most definitely. I have faith and am expecting to be totally healed.

I knew you were waiting for this. There always is a but or butt head, isn't there?<smiling again>

Yes, I was healed (partially). I can walk enough to get around under my own power, though not with the ease I once did. I can talk enough to make myself understood, although the aphasia can get the better of me. I can use my arm to hold things and help my functioning side, with difficulty by using my shoulder muscles. I can drive a car and operate some machinery, although not like I did before. I can write with a pen, though not with the accuracy, neatness, or correct spelling I once did. ACTUALLY I DO NOTHING AS I ONCE DID. This is because I lost my dominant side. Do I say, "Praise the Lord," or "I owe it all to Jesus." or "Thank you, Jesus" for the extent of healing I have received already. Yep, I do.

I still do the most of what I need to do as do you. This is important and shouldn't be discounted. Sure, it would have been easier if I hadn't had a stroke, or a second one which set me back and took a couple more things away.  I still say, "Praise the Lord." Because I received a second partial healing from the second stroke. Yes, I still have difficulty reading and writing. Yes, I still have grammar and spelling issues...Thank God, for spell checker. I still write this blog almost weekly. All I can ever do is try and try again. 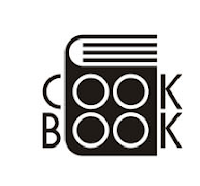 Funny and heart breaking tale here. I started writing the cookbook. I had it perfect. Pictures, format, and everything. I was even using a writing program that I had never used before. A wicked feat for me now because of the learning curve involved. I was so proud of myself because I had finished 20 recipes. I was writing again! Yipee! Wahoo!

The circuit breaker tripped and my computer lost power. ARGH! I forgot to save my work. Twenty recipes and six hours of work... gone! Saving was a separate step. ARGH! That's okay, it had an automatic save feature. I found this out when I powered up my computer again. Yippee! I'm saved literally. I clicked the box to recover my work. Another box appeared "Error! Data could not be recovered." ARGH!! I lost it all. I was back to square one. Will I not redo it because of this? Nope! I've started writing it again. I just save after every recipe. Lesson learned, but, it actually looks even better now that I've practiced more with the program.

How does this apply to us with total healing from our strokes?
Just because we believe, and are automatically saved through Jesus Christ, doesn't mean that we will automatically get everything we pray for. It may not happen in our lifetimes, but we have the promise of a new, whole, perfect bodies coming to us in the next. Who better to appreciate it that the imfirmed in this life?

I met a man at the grocery store a couple of weeks ago. Have I mentioned before that I hate Walmart, but it is a necessary evil? This man had been almost totally healed from two strokes. He was very impatient and gruff. He even followed me out to my car to get my wheelie cart. He was talking to me as we went. Me, riding and he, under his own steam. No cane, no AFO, no difficulty walking, and use of both arms. He had to have my cart because he couldn't shop at Wally World without one. Who am I to judge? He also did not offer to help me load my groceries into my vehicle. He just stood there griping about how long it was taking me and eventually sat on the cart. When I finished and grabbed my cane out of the cart, he whizzed off without a backwards look.

I hurled a "God continue to bless you!" at him. Now, honestly in my heart, I felt nothing of the sort. I was irritated beyond belief. Here was a man, in my opinion, who should be grateful and thankful about being able to do what he wanted after a stroke, but he couldn't see it. Here I was, by comparison, a minister who walked in faith and stood firmly on the Rock believing, and was still waiting for total healing. Why him and not me??!! Yeah, I know this feeling very well also. My child self cries out to my Father about injustice and the big WHY. Was I just being selfish and whinny? Yes!

As I asked for forgiveness of being so petty on my drive home, I was shown that the man did not had Christ in his heart and surely had no hope for the next life. He was lost. Rejoice in the healing of others. Even when they say, "God healed me." He is still all powerful. No, we haven't received total healing, Barb. It's not because we aren't faithful. We are! It's not because we are not deserving. We are! It's not because He doesn't love us enough. He does! God just knows we have the fight enough to suffer what was lost in this life and rest on the promise of a restored body in the next. You do not know the circumstances surrounding other's healing. Only God does because He sees the whole picture past, present, and future. 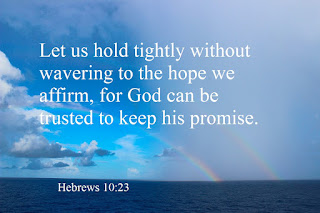