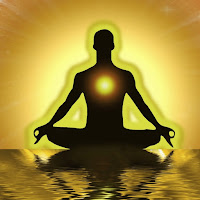 After y'all endured last week's melt down, I'm relieved to report that this to passed. Thank you for all the advice and support. I needed to blow off steam and it helped. Through a lot of prayer and meditation, this week I'm back to my old self. Relieved? I know I am. There are still difficult choices to be made, but I'm now back on stable ground mentally, if not physically.

First, I actually got six hours of uninterrupted sleep. It was just one night, but it helped immensely. Sleep deprivation is a powerful ailment, and plays havoc on both the body and the mind.

While the nocturnal Charlie horses continue, I start searching for other possible causes besides heart, neuro, and diet. I took a good look at my shoes. I missed my appointment to get my new, insurance covered shoes. Life just got too hectic and it slipped my mind. The specialty insole in my left shoe has a worn spot at the heel. This could be a major factor. Given the Botox has been wearing lean and my stance has changed, it could make all the difference in the world in over stressed muscles and tendons. I had taken a look at my activities and realized that every time I filled the kindling buckets with small branches, I could count on the Charlie horses occurring during the night. Picking up sticks and branches on level ground not so much, but there's only about a ten-foot surrounding the house that's fairly level everything else slopes either up or down. Even a slight slope causes me to shift my body weight more on my unaffected side to maintain my balance as I bend and lift. Poor body alignment. I'm sure any PT would agree. It only makes sense. I now carry a Grab-It with me for this activity.

I've made an appointment with my PCP for a new prescription for the shoes to be followed closely by Hanger, my orthodics company. Sadly and happily, I'll meet my deducible and max out of pocket yearly expense between neurology and cardiology by February again this year. So my shoes will be covered 100% once again. My Medicare doesn't kick in until July. 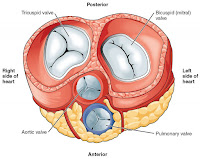 My heart affecting my stamina and breathing is another issue. I find I'm easily winded. The alternative of a triple valve replacement. It's looming closer and closer as much as I hate to admit it. I also dislike having to admit that I'm fearful of undergoing anesthesia again. After my heart stopping twice the last time, can you blame me? Of course, they'll purposely be stopping my heart to do this, but it's the whole restarting of the heart that is my issue. I have restarted hearts in ditches of mud and muck in the past, but it wasn't my heart. Does that sound stupid? 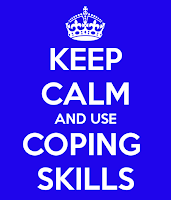 Having blown a gasket last week was cathartic for me last week. Where I was lost in a fog of hurt (both emotional and physical) everything was blurred, this week I can see clearer to decisions I made under distress were the right ones so my internal compass was still intact. It carried me through just as it always has. The issues of selling my house, and making my child and grandchildren homeless are still here. My Botox wearing off leaving me spastic and in chronic and severe pain is still occurring and will be until next month. My injection series is on the 27th and a week until it kicks in enough to make a difference. Hopefully, my insurance approves the increase to stop the Botox wearing off before the next series. I'm still living post stroke waiting on recovery.  Because of the stress of the situation that is my fault, my Fibromyalgia is still in flare mode. I'm going to HAVE to go back on my Cymbalta again at least until the flare lightens up. It sure won't hurt the depression either. I still can;t sleep lying flat or on my side, but the bruising has lessened and the scabs are disappearing. The area is still very tender. Even the shower spray hitting it will take my breath, but not as bad as last week. This week my coping skills are not barely hanging on by slipping fingernails. They are actually working and I'm able to function. Two songs ran through my soul this week and I realized THIS was for me...

and
Big difference from last week, huh? I'm not saying that I won't fall into despair or succumb to the pity pot again. Of course, I will. I'm human, but...