So I'm a day late and a dollar short this week, sue me because you can't get blood out of a stone. You will understand after you read this. I've had a week from hell. 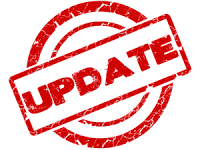 First of all, my father survived his heart attack has now been moved out of the CCU. He's still on heavy doses of Heparin to reduce the chance of another heart attack and the possibility of having a stroke. Physical therapy has been in and they are walking him short distances. Needless to say, that the blockage and the subsequent death of part of his heart muscle limits what he can do. It's a rough adjustment he'll have to make and he doesn't like it at all.

This past weekend (Friday through Sunday) felt like it was ten days worth of activity for me. In between visits to the hospital, I have been the go between for my father and his condition for the rest of the family. Although I didn't see them at Christmas, this weekend made up for it. I saw and talked with each one of my brothers and sisters, my children and everyone's children and grandchildren that are old enough to be on their own. Not to mention my aunts, uncles and cousins. That's a passel of of phone calls, text messages, and emails. My unlimited cell phone plan got a work out for sure.

My twelve spoons of daily energy took a beating also. I think I borrowed enough spoons of energy into the next two weeks. I seriously paid for it last Sunday by not being to get out of bed for almost the whole day. My Fibromyalgia decided to yell at me and make its present felt too which didn't help. It was a day of a locked door and just answering the phone. I put peanut butter, jelly, and bread in a basket by my bed, and had four quart size bottles of water by my bed. I didn't move more than I had to. It just hurt too bad to do so. I haven't had an attack like this is a very long time. Even with the round the clock care of my husband didn't set one off this bad.

I finally was able to get the mail from my mailbox. I'VE BEEN APPROVED FOR SOCIAL SECURITY DISABILITY AND SSI!!!! It's only taken almost 4 years and losing my spouse. Yippeeeee! I won! This was my only bright spot.

By Monday, my fibro had settled down to a dull roar. I was in physical therapy bright and early at 8AM. I desperately needed the dry needling to make the residual pain go away. Of course with the fibro flare and the stress, my spasticity worsened a bit, but all it took was a few needle sticks to straighten that out. My arm is comfortably at my side now and my wrist is back to a 30-45 degree bend. My range of motion of my shoulder steadily increases with less pain. So on a whole, I live for and get a giddy excitement on therapy days, because once again I'm making forward progress.

While my physical therapist is Bobath trained (not certified), he uses anything and everything to get results. He spends his weekends (when not with his wife and children) reading of new ways to help his patients. Now THAT IS DEDICATION! I love people like me that think outside the box. My neuro responses, since my strokes, is opposite of what they should be. The normal response of needling the tricep should be the tightening of the bicep. If my bicep is tight, he has to needle my tricep to stop it from being spastic. If he needles my bicep, it will go into spasms. I'm even more Abby Normal than I was before my strokes. Go figure. Talk about crossed signals in the brain. I really do have scrambled eggs for brains. 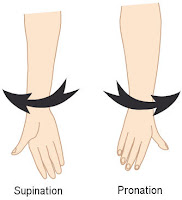 My dry needling with working Botox sessions have resulted in almost normal tone in my upper arm, elbow and forearm down to almost the wrist within a year. That's with a reduction by half to none of the three muscle relaxers at maximum strength per day I was taking with Botox alone. My arm no longer draws tight against my chest. At the most my arm will bend at the elbow to 45 degrees. My wrist has play in it that will allow me enough movement to stretch it almost to neutral on most days. My fingers will open to a cupping position instead of a tight fist. If it wasn't for the contractures in my wrist and fingers, I imagine I could get better extension. I can almost fully supinate my wrist all but about 15 degrees now. Again the contractures keeps it from going farther. The spasticity in my leg only needs treatment once a month to keep it in check.  I'd call this experimental treatment a huge success for my post stroke spasticity. And, as awesome as all this is there is more...I'm pain free!

Therapists that keep an open mind are few and far between. Most do the same as they were originally taught in school for their whole career. The ones who excel and win the praises of their patients /referring doctors are even fewer especially when it comes to treating problems that are neuro in origin. Most therapist shy away from neuro patients because it's frustrating. Think what it's like for the patient.

Remember doctors and therapists are your employees. You can expect even anticipate positive results or fire them because...

Nothing is impossible.
Posted by J.L. Murphey at 8:35 PM