I've had a good, hard look at what I cannot do by myself and what I can. I've scrapped the idea of living on my own and establishing a homestead. It's just taking too long to recover from my strokes. By the time I'm functional enough to do it all by myself, my dying heart won't let me. The latter part of last year and the first part of this year has been me being bluntly honest with myself. Isn't that what a birth of a new year suppose to be? Maybe it's just a "me" thing.

Ever heard, the more things change they remain the same? Well, I'm in for a big change in a couple of months. I'm leaving the only city I've ever had "roots" ( lived in for more than 5 years) in. I've gone back and forth on my decision for months. You've read it all here and now I've decided. I need a new start and some fresh scenery. It's another "what do I want to be when I grow up" move for me. I've already had to do this four times in my life. It will be my homestead dream also with a twist.

The situation isn't money related. I've got enough to live comfortably for the rest of my life... just as my beloved originally planned although not in the way we planned. Still God is good and faithful. God opened a window of opportunity for me. I have prayed long and hard about it for several months and come away with peace that I'm following Him.

Do you remember when I went up to north Georgia to buy rabbits in October? I met the woman (I've been talking to her for years) who had a homestead, but was building it with .no idea what she was doing? Yes, I'm talking about Mel. She offered me a place on her homestead. She had her prayer answered and found a job which meant she had less time for the homestead property. So I'm moving there in two or three months. The reasons behind and leading up to my decision are pretty plain. I need her and she needs me.

I looked at how busy my children and grandchildren have become. They no longer have much time for me...maybe every two weeks or so. And that's the only daughter I have living an hour away. The rest are hours away. I could actually be dead that long, long time before anyone missed me. Now that's a scary thought.  I miss the companionable chats or silence I had with my beloved. How much help I actually needed was examined too. Or at least it would make my life easier.

For instance, I've been on this peanut butter and jelly sandwich kick for about a week now. Well, it came time to open a new jar of peanut butter. I placed the jar under my affected arm and tried to open it. I love having my shoulder back! No luck. The jar wouldn't budge. I placed the jar between my knees. Again no luck. I was cursing myself for not buying one of those nifty jar opening gadgets. I finally got the plastic lid off by running it under the hot water tap. This was only a stinking, plastic lid! I still had the foil-paper liner to deal with but because I had put it in water, the paper came off in tiny pieces. Yeah, it's a tiny, kinda no nothing example, but still.

Think of how hard it is to open Immodium pills, after a painful, time consuming,and energy draining session on the 'mode with business and clean-up. Knowing that if I could just take these two little, blast pills it could stop another session. But before the next bout sends me scurrting to the bathroom again, I have to take the pills. No, but  first, I have to pull off the paper backing and then push the plastic on one side to get the pill through the foil backing (if the pill doesn't disintegrate). Or when a new pharmacist doesn't reads the instructions on his computer about using non-child proof lids on my prescriptions. It leaves me to put the bottle in my mouth to manipulate it to open it. Wet teeth does a fantastic job of ripping the prescription number that I have to call in for refills with. Child-proof I understand, but really! Having someone around who actually HAS two working hands would make all this unnecessary. Of course, I'm listing only mild irritants, but think if it were one of a thousand other things I cannot do or easily do? 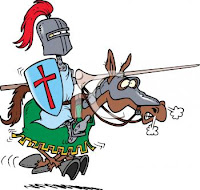 I take pride in myself for a never give up attitude, but it gets extremely tiresome. Nothing worth having comes easily, is true, but does the same thing apply for picking a hill instead of a mountain? I mean if it gives you the same results? In this case, I've tried doing everything totally alone for almost six months.  Lord knows, there are plenty of mountains I'll have no choice but to charge up to achieve success. I think I'm capable of doing that if I conserve my energy for the summits. I sure ain't getting any younger.

So my physical location may change but the Murphey Saga continues.
Posted by J.L. Murphey at 6:30 AM