This song about sums up my week
Standard YouTube license

As we do every year in the garden, I start the prep for the next spring. So I've really been too pooped
to pop. While the weather is nice and not raining, I've been taking advantage of it.

The sun rises about 6:30 so there is plenty of light by 7. I've already fed the inside pets and myself. I put on my new new AFO and go pick the rabbits' daily ration of clover, plantain, grasses, dandelions, and poplar and maple leaves. Then, I'll talk to each one while I dole out the goodies.

I'm off to the garden I'm flattening boxes and spreading them out over the unplanted sectioned of the garden aka walkways. I'm being careful to over lap the boxes by at least 3" all the way around. This gets tricky because all the boxes are different sizes and thicknesses. Soda can boxes (24 can and 12 pack variety) are the easiest because flattened they are fairly big. The only problem with the soda boxes is that they are slick when wet. I've fallen more than a few times. They are also thin cardboard so it takes more of them to make the 1"-2" layer that worms love unlike Amazon or USPS boxes.  The ultimate easy box was the one the water heater came in. It covered a big space. But I can't afford this kind of purchase that often. Then, I'll grab the water hose and wet it all down. I do this twice. The next layer is straw or hay, spread it 6"-10" thick. I'll usually take a thirty minute break every hour because with the new new AFO,  I can't stand and move more than that. At the very most it's two hours until the correction pain gets the better of me.

I'm ready for a serious break. I get Mel up if she isn't already. She's a night owl. I prepare a pot of hot tea. Even though we aren't in England, it's tea time. I'll fix her breakfast and for me a snack cheese and crackers, or peanut butter crackers to go with my tea. I'll also prep dinner if it goes into the crockpot. Mel and I will chat a bit about what is going on today. It's time to change back to my old AFO.

I'm back at it laying cardboard and straw. Mel is using the tractor to clean all the deep bedding in the rabbit barn. In between manure runs to the in garden compost pile by the peach trees, she manhandles a bale of straw/hay into the garden area and put it where it needs to go so it's easier for me to break down.  Another hour's worth of work done.

The temperature is at the day's high (90s). I call a stop to my garden work during the hottest part of the day. Mel keeps working because of her later starting time. I've already sweated so much that it'll take two full 16 oz glasses of ice tea before I'm able to urinate. Not that I haven't been drinking during my breaks. It's just that hot and my back is screaming at me for all that stooping. I get myself cleaned up. A quick sponge bath to cool off and bring my smell down a bit. Now, I'll do the shopping and/or doctor or PT appointments. The air conditioning sure feels good in these places. We don't have it at home. Just box or ceiling fans. Or I'll just sit by a fan and do some computer work until it cools off a bit outside. I may grill dinner, or if I'm out and about grab something like a pizza or burger for dinner, or serve dinner I've prepared about 3ish PM. I might even catch a nap. I switch back to the new new AFO.

After dinner, it's time to head back to the garden. I'll continue laying cardboard and straw/hay until dusk. I'll check on the rabbits one final time. I'll refill their hay bins with Timothy grass to nibble on during the night. Mel handles the water and empties the pellets into the bin to keep the rats out of it . It's just too much trouble for me to do. I figure division of animal care  and all that. It makes sense, right? I switch back to the old AFO.

By 7PM, we both fall into our respective chairs in the screened back porch. Our back porch is set up in summer mode now complete with TV and DVD player. We'll turn on Netflix and watch a couple of shows or a movie. I'll have my knitting or spinning. Mel will be rolling cigarettes or crocheting. We are both exhausted after a full, busy day, but it ain't over yet. Laundry has to be done so it can hang on the line in the morning. Clothing needs to be folded and put away. Bedding has to be changed. The inside animals need to be fed and loved on. The floors need to be swept, mopped, and vacuumed. Blogs need to be written or edited for me. For Mel, it's editing videos or programming software.

By 10 o'clock, I've taken my last meds for the day. I've showered. A full fledged shower with scrubbing every inch of my body. I'll play a game or two of Canasta or a word game while I wait for my meds to take effect. Then, I go to bed. I'll sleep for four to eight hours depending on whether the spasticity pain, or my bladder, or leg cramps wakes me up. 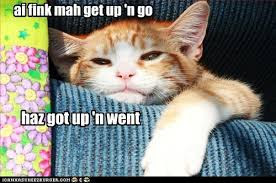 And then, I start my day again. I will say that the second and each later day, I'm slower doing and have to take more breaks because my body is screaming at me more. My age and living post stroke isn't helping me either. At least it's done now. I'll just have to water, weed, and harvest the garden when needed. Oh then, there's the preserving the harvest, but that's another story.

That which doesn't kill us makes us stronger, yeah right! It came close. I'm just thankful it wasn't my old 1/4 acre garden!