As y'all might know for the better part of a month now, we've had an injured chicken in our house. Her leg was injured in a predator attack which killed three of our birds a few weeks ago. The trial of incorporating her back within her flock was a dismal failure. She was attacked by hens and rooster alike. We kind of figured this would happen because she's been away from the flock for so long and is still a one legged chicken. I fear she will never regain the use of her hurt leg even with the range of motion therapy I've been doing with her.

Since Broody is the only one of our hens to go broody (sit on eggs until they hatch), we've decided to let her live a little while longer. But we'll have to protect her from the rest of the flock also. The other concern we have is that she hasn't laid an egg since she's been injured. A nonlaying chicken won't go broody, I don't believe. But still we are giving her the benefit of the doubt. She may lay again. Being injured can stop egg production. So the plan is this. We'll give her another month or two. In the meantime, I'm building a small chicken tractor 2x6 out of PVC and chicken wire. I realize chicken wire is not much protection from predators, but it will be in a fenced garden area. The plan for such a small tractor is to put it between the rows in our garden. She'll be on bug patrol. The extra fertilizer leeching into our garden beds with each rain will be one less chore we'll have to do. Chickens weren't meant to live indoors with people full time. This tractor can easily be moved every day by me and my one handed self. Since the rows are four feet apart, there's plenty of room for me to tend the garden and the chicken tractor. It only weighs about 15 pounds.

If after two months she still hasn't laid an egg, she can be culled. Why wait so long? Well, we have four fertile eggs in the incubator due to hatch on the 9th. We needed to replace our hens. Now watch them all be roosters destined immediately for their next stage of life. These new chickens will need a grow out pen. I can cull a chicken any time. I, unlike Mel, have no problem doing the deed. It's part of homesteading and being self sufficient.

It's still too cold to plant or even start seeds yet. This morning I thawed twelve water bottles for the rabbits and cracked a 1/4" layer of ice off the 5 gallon buckets we have around the house of rain water for the cats, dogs, and chickens outside. It might break 60 degrees today. Yes, I know we can start seeds inside, but I hesitate.  I started seeds in the greenhouse last Easter and an arctic blast killed all my seedlings two weeks later. An overnight frost is one thing but this was three days of below freezing temperatures at night and the daytime temperatures may have been in the mid 40s was too much for the seedlings. I'll wait until mid April to start anything even indoors. 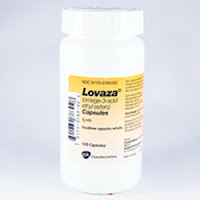 This year, I'm trying something new. I built a soil block maker. For years, I've sworn by my biodegradable toilet and paper towel core pots as a way to start seeds, but I saw this idea on YouTube where they used PVC pipe to make them. But I thought of a better way. Each month I refill my prescription of Lovaza for my cholesterol. It comes in either the big manufacture package as shown or, I imagine, the largest prescription bottle made. Since my pharmacist doesn't cap my prescription  in child proof caps, my request. I always used to hand my childproof lidded caps to my grandchildren to open. The inner lid  fits snugly into the inside of the bottle. I was saving my prescription bottles for MAP International, who recycles these bottles to third world countries, I simply cut the narrowed end off with an Xacto knife and drilled a hole in the other end for a long bolt. Now making a hundred or so soil blocks would be tedious beyond belief, I made four of them and held them together with duct tape. To press all four bolts down at the same time, I simply attached all four bolts through a piece of 1x4. Voila! I can make four blocks at a time. They are 2" around by 2" high. Much bigger than the cell seed starting trays shown above. So now I can make four at a time in one go.

As far as operating my new toy one handed, I put a row of hot glue near the plunger end of the bottles and cut strips of burlap to wrap around them. That way I can hold the plunger down with my thumb and anchor the tubes with my little finger as I pull the contraption upwards to release the pots. I do plan on doing a video of this. Both the making of the soil block maker and using it. All it cost me, other than the original prescription, was $4.00 for four bolts and nuts. I had assorted washers in one of Mel's soup can holders in her shop. Duct tape, burlap, and hot glue gun and glue sticks, we had on hand also. What self respecting homesteader and/or crafter doesn't have these? I found bolts and nuts around the shop, but not all the same length that I needed. If I had had them, it would have been a free, totally recycle/repurpose project. So this soil block maker used up some of my chomping-a-the-bit waiting to plant time. But it was well worth it. I'll still recycle my toilet paper and paper towel cores, but for rabbit toys and fire starters. With only two people in a household, we don't go through paper products that fast. Plus, like many self reliant folks, we use cloth alternative more except for toilet paper.

Well, that's been my week. How has yours been?

Nothing is impossible.
Posted by J.L. Murphey at 2:13 PM