Sunday Stroke Survival: Give Yourself Permission

I had a revelation, of sorts, while I was in the process of moving from my old home to my new one that I wanted to share with y'all.

Packing up to move is nobody's idea of fun. In fact, it's one of the top ten stress causing items on the list of major stress factors that heavily impact your well being. It's near the top like death of a spouse or loved one. Lord knows, I was already up to my eyeballs with that stress factor.

Moving after a stroke is no picnic.What to take. What to sell. What to donate. What to trash. All these decisions were up to little, old me. ALONE. Before, it was a couples or family thing. To top it off, I was seriously down sizing. I am going from an over 2,000 sq ft house to one less than 200. One-tenth and I had stuff galore to fill my 2,000+ sq ft when you count the attic, and out buildings. For weeks before the move, I never felt so ill prepared for a move in my entire life!

I was hit full force with what I could do and what I could not do. There was a whole lot I just physically could not do. It wasn't that I wasn't trying. The spirit was willing, but my body couldn't. That's a bitter pill for my never-say-die attitude. To fill one box took about forty trips from where whatever it was was to the box and back again. The fact that my left side was weaker, yes even after almost four years, than my right before my stroke was a major tell. I could only carry a few things at a time to be placed in the box. That's if I didn't want to leave a trail of items between one place and another. That meant small loads, one or two items at best.

Compound this issue with my fatigue and my Botox wearing off, it took a good amount of effort to fill one box. Then, there was the question of what to do with the box when full. I found that if the box wasn't to heavy or too big, I could pick it up in a football carry and take it to the staging area. I had rooms set aside for "take," "donate," "storage," and trash." I had to rest between boxes and still it was a maddening cycle. If the boxes were to heavy or big, they had to stay where they were. Talk about an obstacle course! 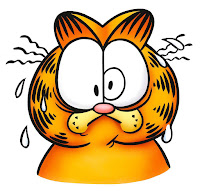 I was fit to pull my hair out several times over the month. Yes, it took a month at the snail's pace I was doing it at. I wasn't having fun. You know me, I always try to make everything enjoyable to keep going. I was totally opposite of how I am usually. I was irritated, short tempered, and didn't see the redeeming quality in anything. In fact, I seriously considered lighting a torch and setting the whole house aflame several times. I couldn't stand to be around myself and there's no way escaping yourself. I could see myself. Hating myself. But unable to stop myself from doing it. That's horrible for me.

One morning it dawned on me. Quite literally because the spastic muscles in my arm don't let me sleep long. The pain isn't as great with the dry needling, but it will still wake me up to reposition my arm.  What am I doing and why am I hurting myself? I needed to accept what is and give myself permission to fail and not do. So everything is not packed right, or folded right. It wasn't as if I was moving across country or another country for that matter. If it got broken, I'd glue it back together or get a new one. If it got wrinkled, I'd straighten it after I got there. If I couldn't lift or carry something, I'd put a colored code sticky note on it for others to deal with. I did hire some movers after all. For the stuff that was going to storage, there were some beefy, college students and family. I didn't NEED TO DO IT ALL.

That's the major malfunction with a person like me. It's a control, stubbornness, and pride thing. The can-do attitude just doesn't know when to quit. I've never accepted failure as an option. I had to give myself permission to fail and not do. We, as human beings, are our own worse critics. It's alright to not do some things that are physically impossible (within limits). This revelation goes against my "nothing is impossible" sign off. Some things are. Like trying to lift a 24" square box, weighing thirty pounds, balancing it, carrying it from one room to the next, and setting it down without dropping it with one working arm. It's a whole lot ungainly than a fifty-pound bag of rabbit pellets or a bale of hay. Yes, I can do that and do it quite regularly. The contents won't break if I drop it. It's also easier to hold onto.

After this revelation, I started feeling better about myself. It's crazy that I have to gibe myself permission, but it worked. I was calmer, more pleasant to be around, and at peace once again. I found my equilibrium once again. Moving away and setting up a new household is stressful by nature. The move wasn't without problems, but I could take it in stride once I'd given myself permission to fail. Lesson learned.

On a sad note, I have to say good-bye to the Stroke Survivor Tattler. After almost three years of a republishing agreement, they are closing their website. They were based out of Canada and was my first international republishing contact I had. It had grown by leaps and bounds since I found them. From the dozen or so bloggers and three expert articles on various aspects of stroke/brain injury survivors to over forty bloggers and ten experts. Hits wise it jumped over 2K a month. John Anderson and the rest of them will be missed. I'm proud to be part of such endeavor and they will forever be friends who were there when I needed them most.
Posted by J.L. Murphey at 7:05 AM